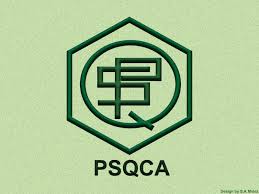 He said that PSQCA is working under the administrative control of Ministry of Science and Technology has a mandate to monitor the quality of carbonated beverages.

The manufacturer would comply with the conformance of their product against the relevant Pakistan Standard Specifications (PSS) 1654, he added.

He said that PSQCA has complete mechanism under Section 14 of Act VI of 1996 and Pakistan Conformity Assessment Rule 2011 to check the quality of carbonated beverages and other food items in the country as per international guidelines, practices and national standards.

PSQCA is monitoring the quality of products through quarterly inspections of manufacturing units and market surveillance, the official said.

He said PSQCA takes samples of carbonated beverages from open market for testing and analysis in accordance to the Pakistan Standard Specifications (PSS).

He said in the last three years, four non-conformities against different carbonated companies were observed. Accordingly, notices were served to the manufacturers and product was re-called from market.

However, economically sensitive cyclical sectors such as banks and automakers rose as U.S. lawmakers moved closer to deal on a new coronavirus relief package.

Nestle gained 0.6% as it raised its guidance for 2020 organic sales growth, while strong demand for pet food and health products helped quarterly results.

October 21, 2020 (MLN): The Board of Directors of the Sitara Chemical Industries Limited, in its meeting held on October 20, 2020, has approved the expansion of its existing Coal-Fired Power Plant by a further 40MW to meet its existing and future requirements.

As per notification to Pakistan Stock Exchange, the estimated project cost is Rs 5.5 billion.

This caused the earnings per share (basic) to clock in at Rs 0.82 against the loss per share of Rs 0.29.

The profitability of the company can be attributed to increase in demand after resumption of economic activity.

The net revenues of the company jumped by 82% YoY from Rs 6 billion to Rs 11.2 billion. The rise in revenues can be due to higher demand from 2/3-wheeler autos segment (2/3-wheeler sales up 22.1%YoY and 1.38x QoQ), said the report from Taurus Securities.

In addition to this, owing to the increase in prices during the quarter, the gross margins of the company rose to 13% from 18.9% in the corresponding quarter last year.

Furthermore, since the company’s books are highly leveraged and with the fall in interest rates gave a breather to ASL’s net profitability as its finance cost declined notably by 38% YoY..

October 21, 2020 (MLN): The Board of Directors of Meezan Bank Limited has approved to initiate "Meezan Bank Employees Share Option Scheme" for employees of the Bank, subject to all regulatory approvals including Securities and Exchange Commission of Pakistan, shareholders' approval through special resolution etc.

The Scheme will be structured in accordance with all applicable laws including Companies Act, 2017, Companies (Further Issue of Shares) Regulations, 2020 etc.

US sees dire jobs trends as unemployment falls to 7.9% in September

World Bank committing $728 million to put Pakistan on the path of climate resilient...

Dolmen City REIT reports 29% decline in revenue due to rental...

Foreign Direct Investment in Pakistan surges by 68.2% MoM in September

Exports from Pakistan show an improvement of 17.97% MoM in September