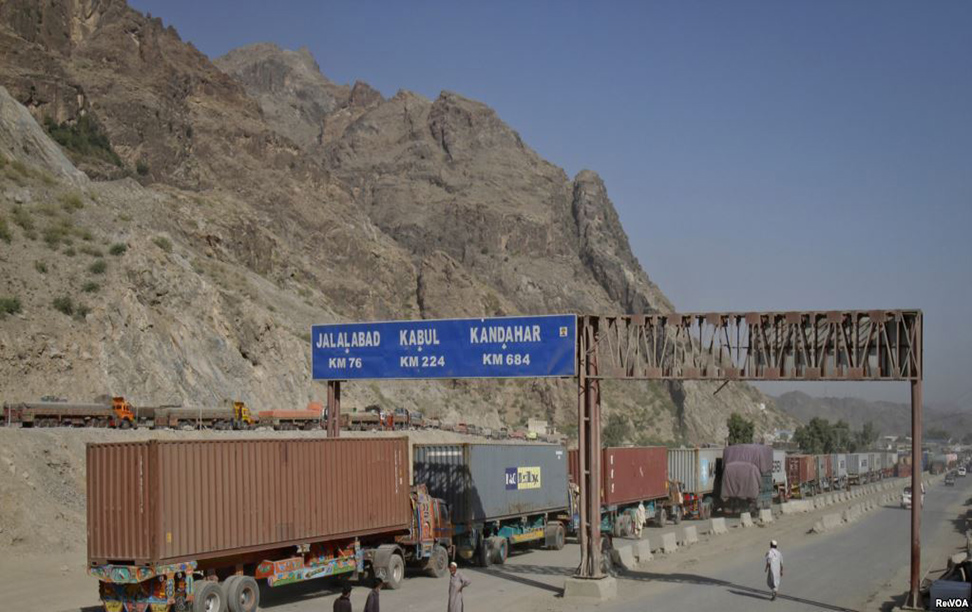 March 28, 2019 (MLN): Declining bilateral trade ties across the border, pending issues of transit, political & security aspirations and intervention of other international players in Afghanistan have been significantly affecting the long-term socioeconomic linkages between the two neighboring countries in the last couple of years.

The situation has further been aggravated due to halted table-talks in form of APTCCA or APAPPS meetings.

The trust deficit has devastatingly enhanced during the last few months due to the unlawful detention of more than 2000 empty containers and trucks held by Afghan authorities at their side of the border, which has not only impacted Pakistani traders and transporters but also the export of goods to Afghanistan along with transportation of foreign goods lying at the Karachi port.

Zubair Motiwala, Chairman Pakistan Afghanistan Joint Chamber of Commerce & Industry (PAJCCI) reflected that the matter was being reported to higher officials at the Afghan side since October 2018 and Honorary President of Islamic Republic of Afghanistan was also urged to intervene in the resolution of the matter as the gravity of the situation is multiplying on a daily basis.

This slowdown has led to a shortage of containers and trucks in Pakistan leading to exorbitant rates imposed by shipping lines and bonded carriers along with the applicable detention charges, which is also accumulated on a daily basis on every container, raising the costs of business enormously.

President PAJCCI, Jawaid Bilwani, reiterated on the need of open lines of communication between the two countries under the economic vision outlined by the premiers of both the countries and urged Afghan authorities to convene both APTTCA and APAPPS meetings for the mutual benefit of entities across the border.

He further mentioned that such economic disturbances cause suffering to the business communities of both the countries and the resulting financial losses, heavy detention charges, waiting time, uncertainty and diversion of both bilateral and transit trade to other avenues is causing psychological rift and is resulting in long-run instability in relations with the prime neighbor of Pakistan.

Zia Sarhadi, representative PAJCCI on Pakistan- Afghanistan Liaison Committee – Peshawar, briefed during the recent meeting held on March 13, 2019 that reportedly illegal demands were being made by concerned Afghan authorities for clearance of the empty containers to Pakistan.

He also emphasized that Afghan importers may exert pressure on the Afghan authorities for allowing clearance of the empty containers, and stated that in Chaman, empty containers return within 2 or 3 days.

Secretary General PAJCCI, Faiza Zubair, while attending the meeting at Ministry of Commerce this week also highlighted the issue and requested a waiver or relaxation in terms of detention charges for entities at the Pakistan side as this issue is not under their control.

Chairman PAJCCI strongly urged both the governments to segregate business and trade ties from political tensions, establish strong security measures that are vital for stabilization and sustainability of both the countries but without compromising upon the sentiments of the business community across the border.

He stated that Governments should allow economics to function freely and help politics rather than politics obstruct the free flow of economic activities and believed that both the Governments would keenly follow-up the matter and would develop measures of a long term nature, for ensuring overall economic stability in the region.