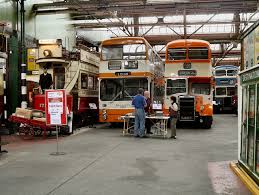 November 20, 2020 (MLN): The demand for more varieties of vehicles from Pakistan’s consumers when choosing from local manufacturers continues to rise, as the imports of vehicles from foreign countries increased by 32.2% MoM to USD 200.8 million during the month of October 2020, compared to USD 151.8 million in September 2020, revealed trade figures released recently by Pakistan Bureau of Statistics (PBS).

Likewise, on yearly basis, the imports of vehicles jumped significantly by 85.39% YoY during the month, compared to the imports of USD 108.3 million recorded in October 2019.

Cumulatively, during Jul-Oct 2020, the imports of Transport group plummeted to USD 615 million from USD  646.4 million in the corresponding period last year, marking a decline of 5% YoY.

Road Motor Vehicles (Build Units) were amongst the leading cause for rising group’s import bill on monthly basis in October after a total of more than USD 149.6 million worth of vehicles were imported up by 34.2% from USD 111.4 million last month. while on yearly basis, its imports registered a growth of 62.2% YoY.

On a cumulative basis, during 4MFY21, the imports of Road Motor Vehicles witnessed a decline of 3% YoY to USD 475.3 million from USD 490 million recorded during 4MFY20.

On the other hand, Completely Built Units (CBU) imports during the period registered a massive increase of 109.9% YoY to USD 88 million from USD 41.9 million in the same period last year. Within this group, the highest imports were recorded for Motor Cars at USD 57.8 million, up by 185.5% YoY. This was followed by buses, trucks and other heavy vehicles as their imports recorded at USD 29.6 million, showing a growth of 39% YoY.

Furthermore, the imports of Completely Knocked Down (CKD) or Semi-Knocked Down (SKD) units were recorded at USD 276.9 million, i.e. 11.3% lower when it compared with the figures of the corresponding period of last fiscal year. Within this segment, the import of buses, trucks and other heavy vehicles stood at USD 64.9 million, motor cars at USD 196.7 million, and motorcycles at USD 15.26 million, i.e. down by 21%, 4.57% and 36.6% YoY respectively during Jul-Oct 2020.

In addition, Aircrafts, Ships and Boats imports went down by 6.2% YoY clocking in at USD 137.49 million, Parts & Accessories imports were also plunged by 22.5% during the period to reach USD 88.9 million from USD 114.7 million recorded in the corresponding period last year.

Other Transport Equipment imports have also fell massively in the last four months reaching USD 2.3 million down by 76% YoY.

May 11, 2021: Pakistan Railways has markedly scaled down the freight rates of its different services during Eid holidays from 10 to 16 May.

According to a press release issued by the Divisional Superintendent Office Karachi here on Monday, the move aimed at offering an endurable means of service to Cargo and container parties via railways mode during the lock down period.

Cargo booking rates have been substantially curtailed by 25 percent whereas uniform reduction of 5 percent has been offered in booking of coal and container wagons.

The booking fare of online premium train has been slashed by Rs10,000 per wagon.

Whereas the route of 213 Up Moen-jo-Daro Express travelling between Kotri and Rohri via ML-II has been extended till Karachi so as to facilitate the people during the auspicious occasion of Eid ul Fitr.

Experts Mixed over 97 month bull rally of US Market