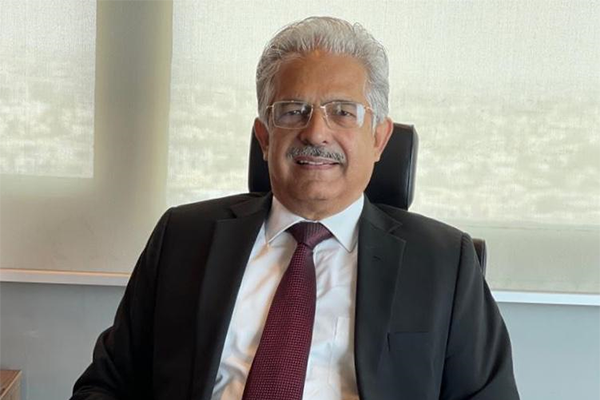 When the Covid-19 struck last year, one of the biggest casualties – apart from the countless people who lost lives – was the oil industry. So much so that for a brief period, Brent even turned negative, a concept that mostly exists only in the finance books.

However, as the world got used to the virus, oil markets bounced back and the demand recovered too. Consequently, refineries were also able to breathe a sigh of relief. Byco has been no different in this respect as the company’s PAT has recovered to Rs508 million in Q2FY21 from Rs2.89 billion in Q3FY30.

The edited excerpts are presented below.

Why are Byco’s liquidity indicators – current and quick ratios – much lower than its peers?

MWK: The entire story dates back to the 2008 financial crisis which was accompanied by a major rupee devaluation, incurring huge losses to the company. That pushed up the costs of some of our projects and changed the entire debt versus equity mix. This has primarily been the reason behind our liquidity issues.

To get a better perspective, one has to look at the oil industry’s fundamentals. If you are a hydro skimming player, 30-40% of the product will be furnace oil, which has become particularly unpopular of late and sells cheaper than crude. That dependence on hydro skimming has been a reason why the refineries have traditionally been vulnerable. Byco is now moving towards value addition and adding major upgrades to make that transition from hydro skimming to cracking refinery, which will bring in more stability and profitability.

Can you tell us about your output mix by type of fuel?

MWK: This is a subjective question as the output depends on the crude oil that you are running on. If it’s a lighter one, then up to 75-80% will be distillates, middle distillates and other lighter products, while the remaining 20-25% will be the furnace oil.

However, if you are using a typical medium API crude, which is common among our refineries, then up to 16-18% of the output is gases, LPG, and naphtha, the latter of which Byco has the capacity to convert entirely into motor gasoline. Then there is the middle distillates section – comprising kerosene, jet fuel and diesel – usually making up for 40-50%. Whatever is left, about 30-35%, is furnace oil.

On the input side, what’s the composition of imports versus locally sourced crude? How do you hedge against exchange rate fluctuation?

MWK: Around 5-10% of our input is local while 90-95% is imported. This business is based on import parity, and we have a regulated pricing regime for gasoline and diesel. Refineries try to ensure there is a minimal mismatch in the crude oil and product pricing periods and the exchange rates thereon.

Exchange losses occur when devaluation takes place and there’s a timing mismatch. To compensate for that, the government has recently provided a mechanism that incorporates exchange losses into pricing. In addition to that, the price announcement period has been revised from a monthly to a fortnightly basis.

What’s the reason behind your low capacity utilization?

MWK: We base our processing and product slate primarily on fuel demand and pricing. The idea is to optimise output and process crude at the point which maximises the gross refining margins. Considering the current fuel oil situation in the country, none of the refineries are at 100% utilization.

Also, it’s important to remember that Byco is not only a refinery. We are a forward integrated company with an oil marketing arm geared up with over 400 retail stations. In fact, 50-60% of our output is sold through that and we try to utilize its full capacity. If we go beyond a certain level, then it will increase our dependence on other companies as well.

Tell us about the status of the hydro desulphurisation plant (DHDS) and the fluid catalytic cracker (FCC). Please elaborate on the investment and its expected benefits.

MWK: Our upgrade project, currently under implementation, comprises two major plants. First is the hydro desulphurization which itself is made up of 3-4 plants for the production of Euro V grade product and then there is the FCC that will help us convert two-third of the furnace oil into the motor spirit and HSD of Euro V specification. The processing plants have been acquired and will soon be shipped to Pakistan. Meanwhile, we have already started civil works. As per the plan, installation of the plants’ will be completed in three years’ time.

As for the investment, it was covered by the sponsors and the plan so far has been to keep it equity based. In the future, if there’s a need, we can explore debt as well.
What’s the operating review of the isomerisation process?

MWK: Isomerisation is one of Byco’s very efficient high-capacity plants. It is run as much as the feedstock is available and we have found it extremely useful, helping us achieve the desired Octane level (92) which exceeds the Euro V specification limit of 91 octane.

What’s the company’s current storage capacity and how much is planned to be added over the next three years?

MWK: Currently it stands approximately at 250,000 metric tons for all crude and products.

There will be additions according to the needs of the new projects.
Where does Byco’s oil marketing business stand and what benefits the company extracts from forward integration?

MWK: Byco has been very aggressive towards the OMC side and sells a significant output through its stations, particularly gasoline and diesel. As for the market share, it stands around the 5-6th position and should increase once our expansion project is operational.

Our annual plan provides additions of 40-50 new stations every year. This integration helps us earn an additional margin on top of the GRM – that the oil marketing companies charge – and more generally allows us to centralise our cost centres.

MWK: The government has been receptive and consulted all the stakeholders for their inputs. If approved, hopefully, it will be able to create an investor-friendly environment but also help make this business more sustainable.