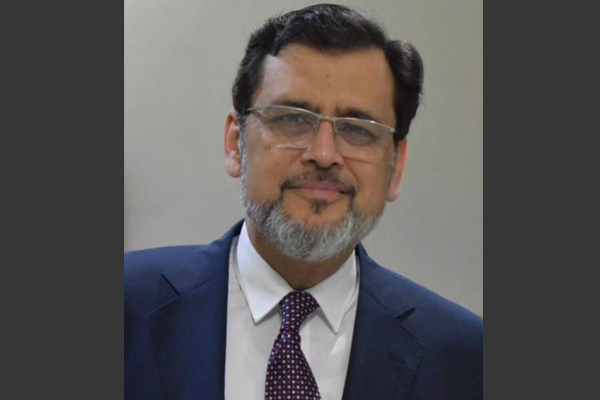 With summers fast approaching, manufacturers and dealers of household appliances are bracing for an increase in demand – especially after a slow period during 2020. Among them is the Waves Singer, which has been producing the iconic deep freezers everyone knows of.

However, even as the demand is going up, it might still be lower than that seen just a couple of years ago. Like most other sectors of the economy – particularly the import-dependent ones – household appliances have had a tough time with year-on-year sales on a downward slope. And that has impacted the companies’ performance. Perhaps it was this perennial boom-and-bust cycle that prompted Waves Singer’s management to start exploring other business lines, including real estate.

Mettis Global spoke with Waves Singer’s CEO Haroon Ahmad Khan, a seasoned corporate executive who has previously served at Pak Elektron Ltd, to talk about the company’s upcoming plans, the sector’s fundamentals among other things.

The excerpts have been edited for clarity.

As per LSM data, major appliances are still not on a completely upward trajectory. What trends did you witness after the emergence of Covid-19?

Obviously when the pandemic struck, we were forced to shut down. However, as the country recovered from the first wave faster than anticipated, there was an uptick in demand while manufacturing didn’t catch up. That created shortage, inventories dried up and importing raw material created a lag which extended into later part of the year. It was only the beginning of 2021 that supply recovered with refrigerators driving much of the growth.

Pakistan being the fifth most populous country and with improvement of macroeconomic indicators/per capita income, market sizes for all appliances are expected to take a quantum leap in addition to a continuing growth. We continue to see a good future for the local manufacturers and brands in this industry with a potential of exports as well. Some new entrants may come but we don’t see a major threat from imports or foreign players in the years to come Inshallah.

Can you tell us about where does your existing product line stand? Any upcoming additions?

After temporarily withdrawing from some products A few years back, the company is primarily focusing on deep freezers and refrigerators – its stronghold – and occupies 33% share in the former and 7% in the latter while maintaining a footprint in other product lines. We had to defer our focus from other items that we previously produced because of the general market downturn which was exacerbated by Covid-19. But once things improve, we’ll gradually regain our lost market share in those goods also as we already have the technical know-how, manufacturing facilities, brand name, dealer and after-sales service network. Though for now, the focus is to improve the margins and increase the bottom line while maintaining the top line.

Meanwhile, the sewing machines segment is not quite organized with lots of counterfeit products circulating around. This tax evasiveness by the grey-area players in sewing machines makes it difficult to compete overall, but within the high-end segment, Waves Singer has a good share.

How much does change in rupee impact costs? What share is passed on to the consumers?

Generally speaking, the engineering sector as a whole is quite import-driven. Around 60-65% of our net sales value is material cost, out of which some 80% is based on imports. But traditionally, any impact of devaluation has been passed on to the consumer, which is easier if the market is strong and on the rise.

Can the company compete against smuggled as well as Chinese goods?

We can classify the market for imported goods into three categories: there is the smuggled segment and then the imported, and in between them is the under-invoiced. Due to the government’s formalization drives, conditionalities from the Financial Action Task Force and generally an increase in difficulty in the transfer of funds, the smuggled and under invoiced categories will continue to see their costs rise and therefore their volumes will decline.

On the other hand, importing through formal channels is not that easy since these goods are bulky so the freight costs are high. For those manufacturing locally, the cost structure is more or less the same for local and foreign players and there is a level-playing field. This is why you don’t see too many Chinese names in the major consumer durables manufacturing segment.

How much of your business comes from the corporate sector?

Waves has always been a major supplier of chest-type freezers to corporates, occupying a leading position in that segment. Recently we secured a major contract for Coca Cola-branded deep freezers and Visi coolers worth Rs975m from Coca-Cola International, after detailed third-party (SGP) audit wherein we have been awarded green status (best). There were historically two more vendors approved but we are getting the major share.

Traditionally, about a little less than Rs1 billion of our topline came from the corporate segment which we believe will increase to over Rs2bn during FY21 as approval of our factory has enabled the company to secure additional orders from other multinationals.

What attracted the company to the real estate business and how has the progress been so far?

Our existing factory at Multan Road in Lahore is situated in a thickly populated and relatively expensive area and space is also not enough to cater for future growth requirements of the company, due to which the management started exploring options to relocate it outside the city for which a piece of land has been purchased. An international firm was also hired for this purpose to figure out the best use for the current premises and they have recommended to develop a real estate apartment project keeping in mind the prime location and the government’s support for construction activity.

By the end of 2021, around one-third of the current premises will be vacated. We have already started working towards getting the approvals and once they are given, marketing will be started immediately and groundbreaking hopefully in the beginning of next year.

The rights issue announced earlier in March will be partially utilized for relocation of the factory.
Of the Rs1.4 billion being raised via right issue at Rs15 apiece for 50% shares, approximately Rs400m is going towards the land and Rs600m for the building. We plan to use the remaining Rs400m for our working capital needs.

Why are you interested in acquiring the Heavy Electrical Complex from GoP?

The Heavy Electrical Complex basically manufactures power transformers which, according to us, should be a key area for major investment especially as power generation has been addressed and if the government wants to augment transmission and distribution network and reduce T&D losses which is the root of the entire circular debt crisis. So, the business has a good future and we have the expertise to manage effectively. That said, privatization can be a very long process.