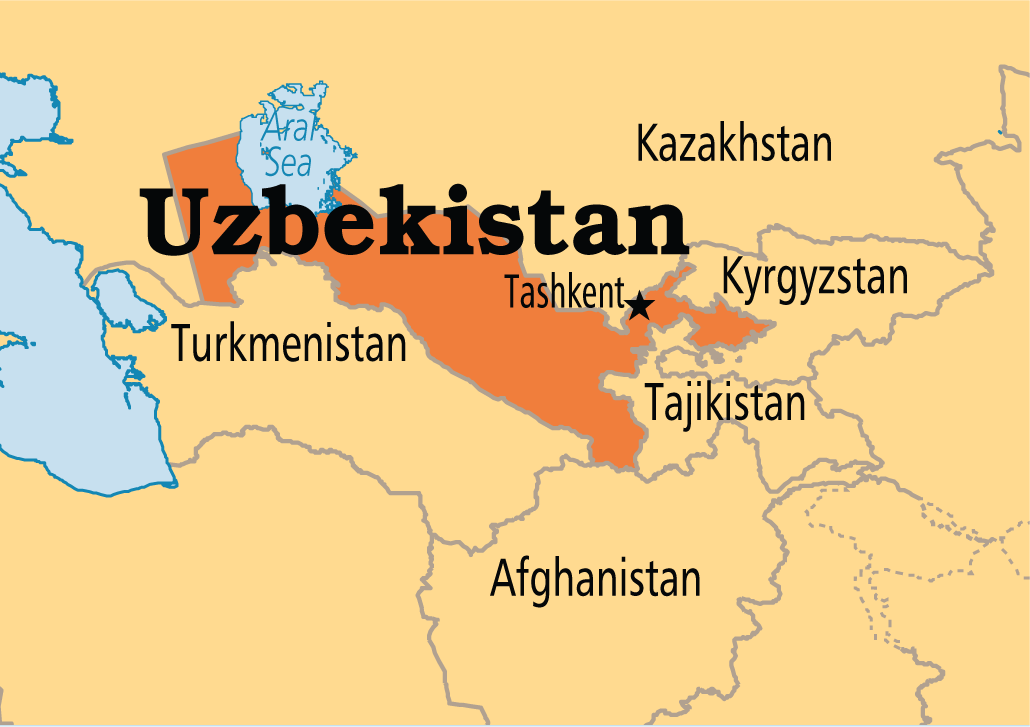 Ambassador of Uzbekistan Furqat A. Sidiqov said that his country was keen to enhance trade relations with Pakistan as both countries have great potential to cooperate with each other in many areas including energy, agriculture, construction, mineral resources and others.

He said this while talking to a delegation of Islamabad Chamber of Commerce and Industry that called on him led by President Sheikh Amir Waheed.

He said private sectors of both countries should form a joint business council that would help in promoting bilateral trade. He said that ICCI should form a sector-specific delegation for Uzbekistan and his Embassy would extend all possible cooperation to make its visit successful.

Speaking at the occasion, Sheikh Amir Waheed, President, Islamabad Chamber of Commerce and Industry said that Uzbekistan was an energy rich country and it should cooperate with Pakistan in overcoming its energy problem. He said Pakistan could export many products to Uzbekistan including fruits & vegetables, leather goods, meat and meat products, fertilizers and stressed that both countries should encourage frequent exchange of trade missions to explore all untapped areas of mutual collaboration.

He said Uzbekistan was planning to set up factories of cable manufacturing and ice cream which was encouraging. He said that Pakistan was a huge consumer market while many sectors of its economy were opened for foreign investment and stressed that more Uzbek investors should visit Pakistan to explore opportunities of investment and joint ventures.

Pakistan plans a big shift to solar energy in next few years: Minister for Science and Technology

CEO of Azgard-9 shares his views on outlook of...

August 3, 2020 (MLN): The CEO of Azgard- 9, Mr Ahmed Shaikh, shared his views on the outlook of Pakistan’s denim exports amid COVID-19 pandemic.

Recently, Azgard- 9 has launched Shield, an innovative line of protective fabrics i.e. Virus Protection Denim that protects from Viruses like Coronavirus and Bacteria.

All over the world, the COVID-19 pandemic has affected the supply-chain spigot. Due to this, US denim imports witnessed much decline from China. However, Bangladesh and Vietnam posted major gains with their denim shipments to the US. Pakistan is also one of the suppliers in these testing times which posted small gains.

It may be worth highlighting that many US and European brands canceled orders as the virus slows retail business around the globe.

Sharing his two cents on cancellation of China’s denim shipments to the US, Mr. Ahmed Shaikh commented: ‘Due to the American shift away from China, Pakistan is likely to get denim orders. However, this will be a slow process. Secondly, not all apparel denim orders will come to Pakistan. They will be divided among Bangladesh, Vietnam, Pakistan and several other countries. But the bottom line is that Pakistan will get some benefit.’

These comments and observations provide insights to businesses to formulate and implement policies in order to capture big market share, gaining competitiveness in denim exports.

Closing Bell: To Infinity and Beyond

August 3, 2020 (MLN): After delivering a splendid performance in the month of July’20, the benchmark KSE-100 started second month of FY21 on the bullish note by adding 613 points to the index in today’s session or up by 1.56% compared to last trading session to settle at 39,871 points.

Last month, the index delivered a return of 14.05%, which has now increased to 15.83% after incorporating today’s performance.

Speaking of today’s session, the total traded value clocked in at Rs 20.45 billion which was the highest since June 1, 2017.

According to the closing note by Aba Ali Habib Securities, today’s bullish session was backed by the international media reports that Pakistan witnessed sharp decline (more than 80% from its peak) in Covid-19 cases and deaths. Moreover, Association of Builders and Developers of Pakistan (ABAD) has pledged to initiate various projects in next three to four months supported the bull rally and influenced investors’ buying strategy.

In addition to this, the PBS announced headline inflation numbers for Jul’20 today as per which inflation surged by 9.3% YoY and 2.50% MoM, but market remained resilient, the report added.

The Index remained positive throughout the session touching an intraday high of 39,926.30

Of the 97 traded companies in the KSE100 Index 73 closed up 21 closed down, while 3 remained unchanged. Total volume traded for the index was 339.27 million shares.

Sectors propping up the index were Commercial Banks with 169 points, Cement with 126 points, Fertilizer with 39 points, Oil & Gas Marketing Companies with 37 points and Pharmaceuticals with 34 points.

The most points added to the index was by HBL which contributed 83 points followed by LUCK with 54 points, TRG with 35 points, ENGRO with 29 points and UBL with 25 points.

Sector wise, the index was let down by Oil & Gas Exploration Companies with 38 points, Tobacco with 2 points and Vanaspati & Allied Industries with 1 points.

The most points taken off the index was by MARI which stripped the index of 14 points followed by PPL with 13 points, POL with 6 points, OGDC with 5 points and MEBL with 5 points.

Total companies traded were 412 compared to 397 from the previous session. Of the scrips traded 286 closed up, 110 closed down while 16 remained unchanged.

August 3, 2020: On Friday at Pakistan Mercantile Exchange Limited, PMEX Commodity Index closed at 4,734. The traded value of Metals, Energy and COTS/FX was recorded at PKR 10.321 billion and the number of lots traded was 13,439.

In agriculture commodities, 2 lots of Cotton amounting to PKR 1.044 million were traded.

The Rupee saw moderate volatility in today’s session and traded in a range of 94 paisa per USD showing an intraday high bid of 167.45 and an intraday Low offer of 166.70.

Meanwhile, the currency lost 2.5 rupees to the Pound Sterling as the day's closing quote stood at PKR 219.44 per GBP, while the previous session closed at PKR 216.89 per GBP.

Similarly, PKR's value weakened by 89 paisa against EUR which closed at PKR 197.16 at the interbank today.

On another note, within the money market, the State Bank of Pakistan (SBP) conducted an Open Market Operation in which it injected Rs.1100 billion for 4 days at 7.02 percent.

Aug 3, 2020 (MLN): After the muted activity in June, the capital markets of Pakistan rebounded sharply during the first month of the fiscal year 2020-21, July, on an account of policy cut by SBP to 7 % on 25th June that helped investors improved their earnings, and increased liquidity due to the shifting of the flow of funds from money market to the equity market.

Meanwhile, it is worth highlighting that it has been the highest return in the month of July in the past 17 years.

According to the market analysts, besides the abovementioned factors, several other measures and economic developments drove the stock markets, such as the jump in SBP’s reserves (with inflows from multilateral institutions) reversing the PKR-USD parity to 166/USD level from PKR 168/USD Jun’20 closing, business-friendly policies doled out by the govt, and a noticeable drop in COVID-19 cases.

During the period under review, the sectors that contributed the most during the first month of FY21 include Commercial Banks, Cement, E&P Companies, Automobile Assembler and Fertilizer as they commutatively added 3,118 points to the index.

Commercial Banks led the index, as it made the highest contribution of 1283 points amid the positive result expectation for the 2QCY20. This was followed by the Cement sector with the gain of 722 points on the back of improved earnings with the help of lower financial charges.

The figures released by NCCPL showed that the local bourse continued to absorb foreign selling at $68.27 million during the month, with Foreign Corporates doing the bulk of the selling.

On the local front, Insurance Companies did the maximum buying as it picked stocks worth $33.87 million, followed by Companies, Individuals, Mutual Funds with an accumulation of $19.8 1million, $17.24, and $14.98 million respectively.

Foreign net selling via SCRA returns to the rising trend

CEO of Azgard-9 shares his views on outlook of Pakistan’s denim...