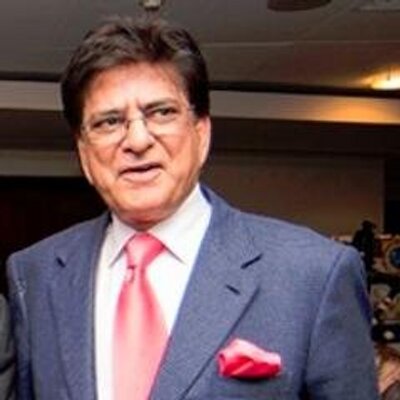 Aug 23, 2019: Spokesperson to Prime Minister on Trade and Investment for the UK and Europe, Sahibzada Amir Jahangir has said Pakistan Tehreek-e-Insaf (PTI) government had made a model to attract foreign investors in the country.

Talking to PTV news, he said that cheap labour of 100 million youth was available in the country besides lot of natural resources. International companies like Indoforce were willing to invest in Pakistan, he added.

He said there was only need to project these resources before foreign investors to convince them to invest in Pakistan.

Amir Jahangir said that Pakistan economy was improving due to positive indicators, like current account deficit was at lower level and foreign remittances were increasing. “When PTI government came into power, the economy of the country was in crisis due to corruption, money laundering and incompetency of previous governments,” he added.

The spokesperson said the PTI government had to take unpopular decisions to sustain national economy in its first year, adding there was need to improve governance system of the country and performance of every ministry was being monitored in that regard.

To a question, he said tourism of the country had great potential, adding the present government was taking measures to develop it as industry.

Amir Jahangir said Pakistan would participate in World Tourism Seminar in November this year adding that the country’s tourism’s potential would be projected and marketed in the seminar.