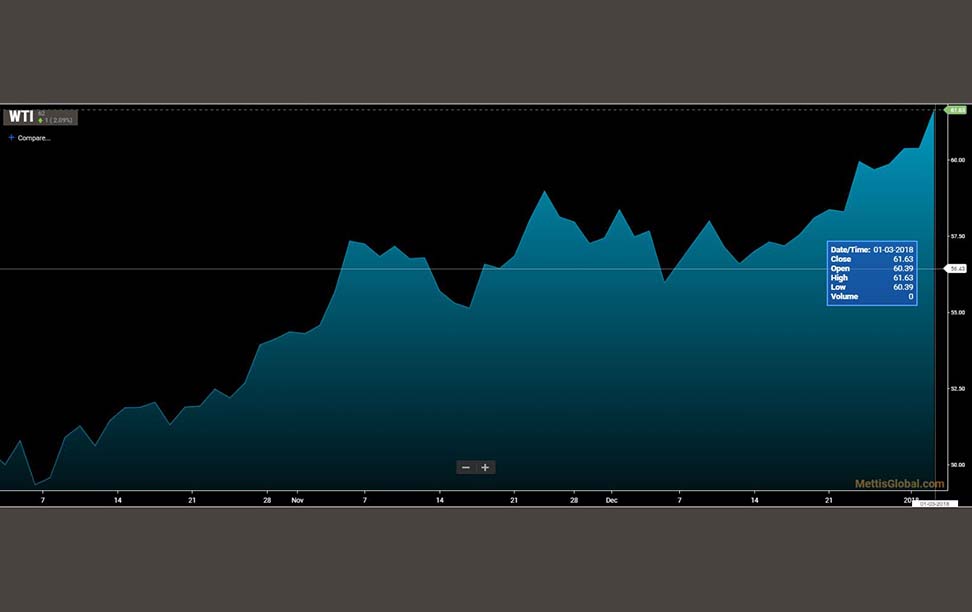 Oil prices returned to their 2 ½ year highs today after efforts from OPEC and Russia along as market continue to tighten. The markets have also been buoyed by the Asian Stock Markets. The Asian Markets have been relatively bullish as their touch their 10 – year highs on Thursday amid the strong growth and data from the leading economies which include United States, Japan and Germany.

The American Petroleum Institute (API) also reported a draw of 4.992 million barrels from US Crude inventories bringing the total crude oil drawdown to for 2017 to over 63 million barrels.

WTI and Brent also were bullish reaching their multi year highs on the back threats looming over violent protests in Iran, which some fear could spill over into Saudi Arabia. Supply disruptions in Libya have also surfaced, with a pipeline explosion last week and concerns that IS may attack the Oil Crescent.

Dawood Equities gets a license from SECP to undertake Future Broker...