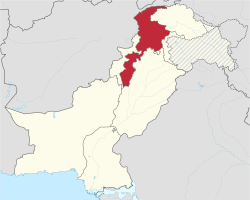 KPOGCL in Joint Venture with OGDCL has made Baratai Well a success with the discovery of massive Oil & Gas reserves. Although well testing is in progress but sources tell that the well is to produce about 30 MMCFD of gas and 700 Barrel of Crude Oil.

With the vision to discover natural resources of KP, CEO KPOGCL Raziuddin (Razi) took initiative for drilling projects and signed agreement with OGDCL in Baratai Block. Seismic Data was acquired, processed and interpreted by the mutual working of KPOGCL & OGDCL technical teams. After several technical meetings, workshops and seismic reinterpretation, drilling was commenced on 24th May, 2017. The Well was drilled to a depth of 5014 meters in a record time of 199 days. During drilling operations several complications were encountered but KPOGCL and OGDCL solved all the problems as a one team by conducting regular meetings and technical workshops.

Razi said that Baratai Discovery is a landmark achievement. KPOGCL is the first Provincial Holding Oil & Gas Company to start its production. The discovery will generate over a Billion rupees per annum revenues for Government of Khyber Pakhtunkhwa in the form of Royalty. He said that KPOGCL has achieved this all because of the utmost support of Chief Minister Mr. Pervez Khattak, Energy Minister Mr. Atif Khan, Chief Secretary Mr. Azam Khan & Energy Secretary Mr. Naeem Khan.

The high standards and impossible to achieve vision 2025 set by Government of KP for Oil & Gas Sector i.e. 200,000 BPD of Crude Oil and 2,000 MMCFD of gas, is now looking achievable even before 2025. Sources have said that the Baratai Well-2 is planned to be drilled within the next 03 Months which upon success will further bring the Government closer to its 2025 targets. KPOGCL is also in JV with KUFPEC and OGDCL in Paharpur, Pezu & Kulachi blocks. Drilling will start in these blocks in the next 6 months.

Razi said that KPOGCL has been able to attract investors for establishing 06 (six) oil refiniries in KP. KPOGCL has already signed agreement with FWO for Refinery in Karak. Land Acquisition has been done for Kohat & D.I. Khan Refineries. KPOGCL is also in contact with investors for setting up Fertilizer Plant in KP. Truly KP has been made heaven for Oil & Gas investors by the relentless efforts of Provincial Government.

CPEC Business Opportunities Conference and Exhibition Pakistan’s 2025 Vision is Based on International Connectivity:...

Shanghai Electric extends timeline for PAO to acquire 66.4% stake in KE till December...