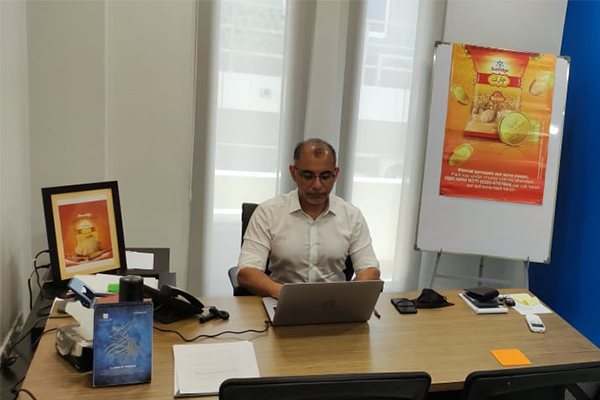 Since its establishment after the reverse merger with Taha Spinning Mills in 2016, Unity has been on an impressive growth trajectory that can mirror some of the scaling startups even. The company doubled its revenues from Rs14.01 billion in FY19 to Rs29.9bn in FY20, an amount that has already been matched during the first half of 2020-21. Even better, this increase didn’t come on the back of a compromised bottom line, which in turn has remained in the black.

To get a better view of the company’s performance, its sustainability and the markets for its different products, Mettis Global spoke with Amir Shahzad. He is the Executive Director Strategy at Unity Foods and has previously worked in investment banking at various financial institutions in the country.

Below are the edited excerpts.

What have been the drivers behind the company’s extremely steep top and bottom line trends? How sustainable are these growth rates?

AS: These figures came on the back of increased volumes, which were driven by market penetration as well as a greater product acceptance by consumers. Furthermore, higher capacity utilisation – hovering around 85% – and improved position management were at play, accompanied with a price hike at origin. As for sustainability, the growth rate of topline is expected to become relatively less steep from the next fiscal year onwards but the net income should maintain roughly the same trajectory.

Can you tell us about Unity’s product mix and the market position it occupies across various segments?

AS: During 1HFY21, roughly 65% of our sales came from edible oils, 15% from animal feed, wheat and flour contributing another 15% while 5% was attributed to other categories. The competitive position widely differs across products and depends on the sub-category as well. For example, in consumer oil packs, we had around 1.3% share in FY20, which is expected to increase to 2% by the end of this fiscal year. More broadly, annual demand for edible oil is approximately 4.5 million tonnes a year of which Unity imports 190,000 tonnes – translating into over 4.2% of the total market.

What brought the company into the consumer segment and how has it fared so far?

AS: When the company unveiled its plans of entering the consumer packs business two years ago, there were two ways to go about it: go all out with a high marketing budget and start competing, taking a hit on the earnings and the other was to eventually transition away from bulk sales, which we settled on. At that time, the latter accounted for around 85-90% of our oil sales, a number that has since come down to approximately 65%.

Now let’s try to understand the edible oil market, which is classified into three categories: premium, popular and discounted, with the first occupying around 10-12% share while the latter two hold 40-45% each. Discount was an unregulated space comprising mostly of loose packs or filtered oil but 2018 onwards, a tightening began targeting, led by Punjab Food Authority, that set certain minimum standards. As a result of that, there was a lot of shredding in the segment, opening up this market not only for us but other players too. We entered this line with two of our brands – Ehtimam and Zauqeen – which got a major boost after Covid-19 as it became a popular product for ration packs and started reaching more households. The focus is to continue with this conversion to the consumer segment from bulk.

To change that industrial versus consumer mix, what kind of marketing efforts is UNITY undertaking?

AS: We properly activated our campaign with the PSL V – which was unfortunately cut short at the time – and were both the event as well as Islamabad United sponsor. The idea is to reach the household so the company’s aim is towards leveraging digital channels, instead of billboards or newspapers where the conversions are much lower. A lot of it is directed at promoting Sunridge as that’s our premier brand and are even doing a programme on Food Network. On the other hand, Dastak’s market is more competitive, meaning your return on the spend is relatively lower so we have instead focused on ensuring its availability at Utility Stores.

Despite phenomenal increase in topline, one still struggles to find Unity’s products in the market. Why is that?

AS: Traditionally most of our business has come through industrial sales and over the past two years, we have been working to make the transition towards the consumer segment. To an extent we have done so, in the discounted oil packs – through Ehtimam and Zauq – but given the price point, one is more likely to find them at, say, at Utility Stores or some kiryana. Meanwhile, Sunridge flour – which is more premium in nature – is available across any major mart.

Can you brief us on the progress regarding capacity expansions and the Sukuk UFL planned to issue?

AS: We expect the Sukuk to close by the end of this quarter while the expansion for oils and fats will start coming online from the first quarter of 2022.

As an import-dependent entity, what’s your exposure to imports? Can the company pass on the impact of rupee depreciations to consumers given you operate in staples?

AS: Changes in the exchange rate are part and parcel of the business so we try to minimize our exposure to them. Obviously the depreciation of the past few years hit us hard and it becomes difficult to pass on the impact when the shock is to the entire economy. But say there is gradual depreciation in the range of 5-8% over a year, we can adjust our prices accordingly.

AS: The company has over 480 distributors and retailers, with the bulk of them Punjab-based, which not only has the biggest population but also relatively higher consumption for staples. There, we are present in north of 30 cities and towns, in addition to covering Karachi and Hyderabad. At present, we are working to develop strong relationships with the network with a focus on South and Central regions.

While we continue expanding the network, the aim is to streamline the supply chain processes as well. In this regard, work is being done on the geo-tagging of shops and launching a distribution management system to better sales as of the outgoing quarter.