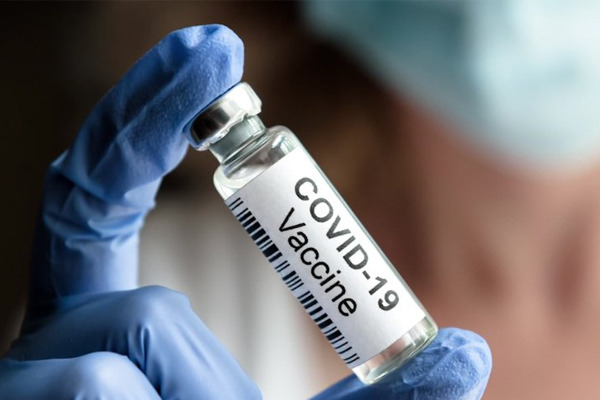 March 02, 2021 (MLN): In a country of over 200 million people, mass vaccination campaigns are bound to be tricky.
In Pakistan, the situation is even more challenging as the country has already failed at eradicating polio virus despite running immunization programs for decades. Covid-19 is another name on the list now.
As per the official statistics, so far, Pakistan has gotten 0.5 million Covid-19 vaccine doses from China’s Sinopharm with efficacy of 74.8 percent. The Sinopharm vaccines were donated by China as a gesture of kindness. The vaccines that arrived in the Pakistan Airforce plane are currently being administered on frontline health workers. In addition, people aged above 65 are also being called in to register themselves and get vaccinated.
Meanwhile, Special Assistant to PM on Health Dr. Faisal Sultan says that around 40-50m people will need to be vaccinated across the country for achieving herd immunity. With such low procurement, one can assume that the government’s target of vaccinating 70pc of the population is likely to take more than two years. With sourcing weak and procurement poor, it might even take longer than this.
However, the United Nations’ Covax facility is silver lining for poor countries like Pakistan. Covax facility, led by Gavi, the Vaccine Alliance, World Health Organisation and Coalition for Epidemic Preparedness Innovations aims to provide more than 2 billion vaccine doses across 190 countries by the end of 2021. The facility is aimed at ensuring that poorer nations do not fall behind in their immunization due to financial challenges. The Covax facility further aims to provide 1bn syringes to 190 countries by the end of 2021.
In case of Pakistan, the Covax facility will provide around 17m vaccine doses during the first half of 2021. Pakistan had signed an agreement for the Covax facility back in 2020. Last week, Planning and Development Minister Asad Umar said that he had received confirmation from Covax assuring him that deliveries of the vaccine will begin in March. In the first phase, the country will get around 6m doses, of which 2.8m will be released on March 2. As per the official details, the initial batch of 2.8m vaccines will be of the AstraZeneca-Oxford variant. However, these are to be exclusively administered to individuals aged above 65.
Pakistan’s health officials are also grappling with the misinformation campaigns. According to some media reports, apart from the general public, some healthcare workers at government and private-run hospitals are reluctant to get vaccine shots. The reasons for this are numerous. Some argue that the vaccines are mere placebo whereas some are worried about the side-effects. WhatsApp forwards with false information about the vaccine are spreading like wildfire.
Resistance to vaccine is not new in Pakistan. Authorities have struggled to administer polio vaccines across western border due to misinformation campaigns. The situation is so grave that at times, polio vaccine carriers are shot and killed in broad daylight by people in tribal areas who allege that their children are being genetically mutated through the vaccines.
Pakistan also stands to lose more time in vaccination due to its icy relations with India as the South Asian country has provided millions of vaccines to neighboring countries including Bangladesh, Maldives, etc. Pakistan, however is absent from that list because of the strained relations.
In addition, the recent lifting of restrictions on public gatherings has increased the chances of a third wave. Although, cases remain low, the situation took a turn for the worst in the first and second waves. Meanwhile, the government has also refused to increase testing. As per the latest statistics, average daily tests hover somewhere between 30,000 to 40,000. The country is testing less than 0.01pc of the population on any given day.
Keeping in view the low procurement, logistic challenges and misinformation, it seems that vaccination and subsequent herd immunity in Pakistan is likely to take more than two years. Authorities face an uphill battle and things are likely to remain the way they are for a long time.

On inflation and its core

On Senate elections: a big upset?

Easing the regulatory bottlenecks for startups