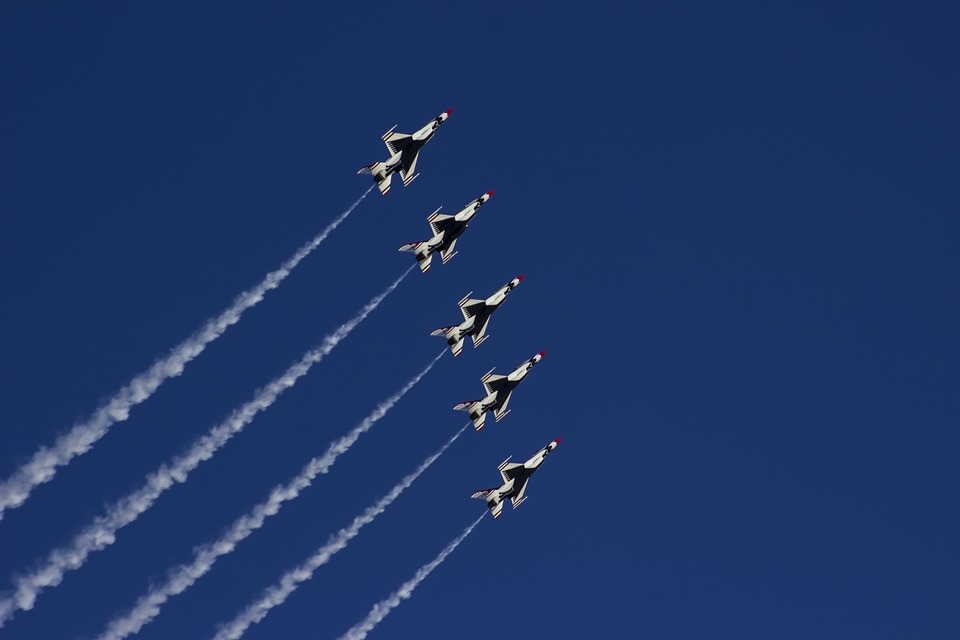 Pakistan will dispatch 19 fighter aircraft to China to participate in the 6th edition of a joint air force exercise between the two brotherly countries to be held by the end of this year, a senior military official said here on Tuesday.

“There will be the 6th edition of joint air force exercise and Pakistan will send its 19 aircraft to take part in this bilateral exercise. This will be the highest number of aircrafts sending by Pakistan to any country for bilateral exercises,” Pakistan Defense Attaché to China, Brigadier Ahmed Bilal stated while speaking at a program of China Global Television Network (CGTN) telecast in connection of 90th anniversary of People’s Liberation Army (PLA).

He informed that at the end of year, the two countries will again hold joint navy exercise, joint army training for counter terrorism and a joint exercise.

“Hundreds of soldiers will be take part in these exercises and interact with each others. The joint training of the both the armies will continue nearly 10 weeks,” he added.

While commenting on China-India border standoff and present situation on the Line of Control (LOC), he said, both Pakistan and China will stand together to maintain regional stability threatened by India’s dangerous and negative trends.

He opined the outlook of border disputes between China and India and Pakistan and India are different but conflict dynamics are same.

India actually feels emboldened and it believes to have some support of world powers and consequently they can put the regional stability at the stake. That is why they are more aggressive in recent past and it is a dangerous and negative trend, he added.

He said both China and Pakistan have disputes on borders with India but the recent border standoff between China and India at Donglang has changed the security situation in the region.

In case of Pakistan, as the freedom struggle gains fillip in Indian held Kashmir, India has again reactivated the LOC to divert attention of the international community from the ongoing freedom struggle, he added.

There is really a difference between the natures of border disputes between China and India and Pakistan and India but there are similarities also. The outlook is different but the conflict dynamics are same, he added.

While elaborating the dangerous and negative trends coming from Indian side, he said firstly, India always acts aggressively out of its domestic compulsions.

Secondly, they (Indians) have given the task of fighting war to media and the thirdly, they like to exploit multilateral forums to further or to promote their narrative in their bilateral disputes, he added.

Brigadier Bilal said all these trends are negative trends and they are going to affect the regional stability, adding, “But I am sure, in the case of current standoff, with Chinese prudence and patience, this is going to induce some sense on India side”.

The mistake they have committed by violating the Convention of 1890 and crossing the border, they have actually endangered the safety of their own troops, he added.

He expressed the confidence that Indian troops will have to go back to their original position, adding, “There is no way out, the regional stability has to be maintained and Pakistan and china will stand together on this issue.”

Besides this cooperation, the two countries have lot of mechanisms which regulate the defense cooperation including joint staff talks, service level staff talks and joint working groups on several issues which also include intelligence cooperation and security of the China Pakistan Economic Corridor (CPEC), he added.

He said the CPEC and broad based defense cooperation are manifestation of unique relations between two countries.

Under the defense cooperation and exchange of personnel, the soldiers of the two armies interact with each others, he added.

He said several officers have exchange visits between China and Pakistan on yearly basis and they attend various courses, adding, “We organize young officers seminar here for sharing of experiences especially the Pakistan side has counter terrorism hand on experience to share it with Chinese brothers while small and large scale activities continue throughout the year.”

He termed it as wonderful cooperation between the two friendly countries which sets an example for the world.

Brigadier Bilal said both the countries certainly will make good use of new forum available under the Shanghai Cooperation Organization (SCO) that will also be a very good opportunity to interact with each other.

He also mentioned the quadrilateral mechanism of cooperation which initiated by China and Pakistan, Afghanistan and Tajikistan are the other three members.

“This takes care of the emerging challenge and threats. This is going to be an excellent cooperation and it is going to be very effective,” he added.

Price of ghee, cooking oil to increase by Rs 5 per kg: PVMA

Global Trade Rebound Boosts Growth in Asia and the Pacific

Trade deficit in services widens by 2.9x YoY in Aug’21

Roadshow with International investors for PSM continues for the third day