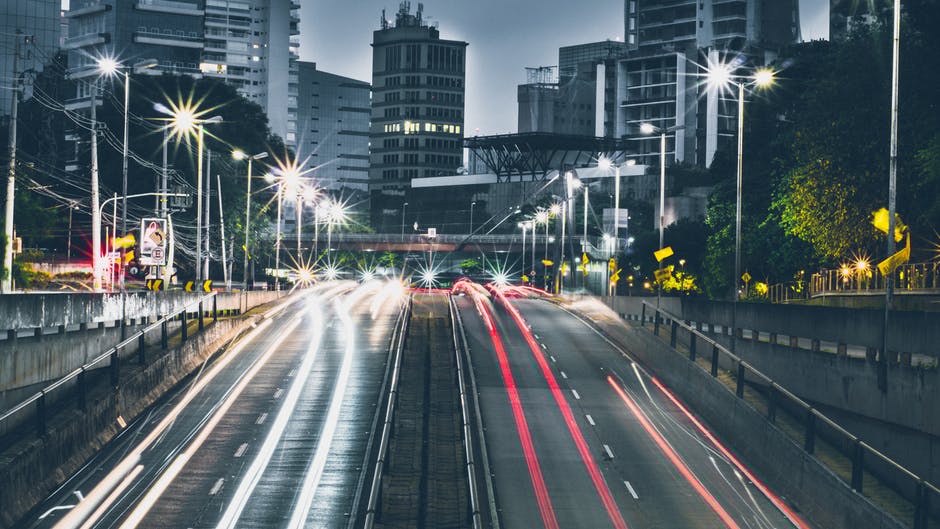 Minister for Interior Prof Ahsan Iqbal Thursday said democratic continuity and political stability were vital to economic progress and now was the time that in Pakistan geo-economics should take over geopolitics.

Speaking at the three day Pakistan Development Summit and Expo on the occasion of 70 years celebrations of Pakistan's independence here, he said, many countries like Japan, South Korea, Malaysia, Indonesia and Thailand went ahead of Pakistan because of continuity of economic policies.

“Then Bangladesh moved ahead of Pakistan in terms of exports and now Afghanistan can even go ahead as both these countries sanctified terms of governments.”

Ahsan said in Pakistan no Prime Minister could complete his tenure.

“Nawaz Sharif, Benazir Bhutto, Junejo and Zafarullah Jamali could not complete their tenures. This political uncertainty raises a question mark.”

Ahsan said in seventy years of its existence, Pakistan saw many ups and downs and lost many opportunities due to political shakiness.

South Korea whose leadership was still thankful to Pakistan for helping it with economic planning in 1960s, has exports of $ 570 billion as compared to $ 22 billion exports of Pakistan, he noted.

In 1990s, he said under the leadership of prime minister Nawaz Sharif, Pakistan opened up its economy and financial and telecommunication sectors by adopting policies of deregulation,
liberalization and privatization and started to build modern infrastructure with new motorways and airports.

The defining line between Pakistan and other countries was continuity of policies as we suffered from political instability,” he stressed.

The minister said peace and security could only be ensured through strong economy.

The minister said in 2013, electricity shortages were 20 hours long and the industrial activity was badly hampered due to power shortages.

The law and order situation had worsened in the country and no day passed without incidents of killing, he recalled.

Ahsan said then Pakistan moved ahead and last year it registered an economic growth of 5.3 percent and its stock market index touched the height of 54,000 points.

The pinnacle of economic activity was China's announcement to launch China Pakistan Economic Corridor (CPEC), he said adding four leading automakers declared to set up car plants in Pakistan and the leading countries once again turned towards Pakistan to look at
investment opportunities.

He cited the example of Soviet Union which had the biggest nuclear arsenal and massive Red army but it could not sustain itself when its economy went down.

Security of Pakistan was inherent in strong economy which could be achieved when democratic governments would complete their tenure to ensure long term policies, he emphasized.

The minister said, “We have to stop playing the geopolitics and start focusing on the geo-economics and join the new global supply chains.”

Now the landlocked Central Asian states like Tajikistan, Turkmenistan and Kazakhstan eagerly want to use Gwadar port in search of new markets to expand their trade, he continued.

Ahsan narrated from a novel of Charles Dickens to describe the present situation in Pakistan.

The minister said at the time of independence in 1947, pundits were saying that Pakistan would not sustain and would fall back in the lap of India in five years as the country was without any
industry, education facilities and administrative infrastructure.

“When Pakistan started its journey as a nation, it was burdened with millions of refugees who crossed borders from India.”

“However, despite all the adversity, Pakistan's early leadership turned the impossible into possible and now we are celebrating 70 years of independence,” he added.

October 29, 2020 (MLN): The Monthly Economic Indicator (MEI), a useful indicator of ongoing overall economic activity for policy purposes, has shown persistent growth in September, in continuation with the trend observed in the previous two months based on available data. It follows that economic growth in the first quarter of FY 2020-21 has exhibited persistent recovery.

In absence of any adverse future shocks, the economy is on its way not only to rebound from the pandemic-related crises but also to record a reasonable growth rate for the full fiscal year.

The Finance Ministry in its monthly “Economic Update and Outlook” for October 2020, revealed that some of the data underlying the September MEI are still provisional and may be revised next month.

It is pertinent to mention that MEI is based on combining monthly data of indicators that are proven to be correlated with GDP at constant prices.

The composite leading indicator (CLI) compiled by OECD, shows that Pakistan’s most important export markets have fully recovered from the pandemic-led recession in the UK and China only. In the US and the European Area, the CLI remained below pre-pandemic levels. The newly imposed precautionary measures in some of these countries may slow down their near-term economic recovery.

Under the Government’s unprecedented measures to mitigate the impact of the pandemic and to revive economic activity, the fiscal sector has witnessed a substantial improvement during the first two months of FY2021 as it reduced to Rs 415 billion i.e. 0.9 percent of GDP against 1.2 percent last year on an account of 71% increase in non-tax revenues during July-August, FY2021. While FBR tax collection surpassed its target set by Rs 34.1 billion for Q1, FY2021.  Similarly, the primary balance posted a surplus of Rs 69 billion (0.2 percent of GDP) in the first two months of the current fiscal year against a deficit of Rs 55 billion (-0.1 percent of GDP).

Keeping in view the encouraging growth in FBR tax revenue collection and a significant rise in non-tax revenues, the Finance Ministry expects that both will maintain its pace in the second quarter as well. Thus, it is expected that the fiscal deficit will remain as targeted for Q2 FY2021 as well, however, the risk of high public spending due to COVID-19 may build pressure on expenditure in Q2 FY2021.

The first two months of FY2021 reflected a revival of economic activities in the country as LSM grew by 3.7 percent (-5.9 percent during July-August FY 2020). The positive growth in LSM is coherent with the further economic expansion in the main trading partners, and with the deceleration of the strength of that expansion.

On the external front, the Current Account posted a surplus of $792 million (1.2 percent of GDP) during Q1 FY2021 against a deficit of $1492 million last year (2.3 percent of GDP). In October, following the rebound in economic growth in Pakistan, imports may re-join their level recorded last fiscal year. On the other hand, it may be expected that exports will still lag somewhat since economic activity in most of the trading partners has not yet fully recovered, the ministry highlighted.

Currently, inflation is one of the main challenges for the government. In Pakistan, most recently, CPI remained driven by higher food prices, while non-food inflation remained moderate. However, the government is taking all possible measures to control it. Together with measures that ensure sufficient supply of goods, especially food-related production, it is expected that inflation will remain under control whereas policy measures will contribute to better-functioning markets. In recent weeks, the international food prices have rebounded somewhat, whereas oil prices declined, and the PKR exchange rate slightly appreciated against the USD, thus easing out inflationary prospects.

Most importantly, although the domestic economic activity is expected to recover, still the risk of pandemic attack persists if the SoPs are not fully followed. Thus, Pakistan’s near-term economic prospects are promising subject to reducing uncertainty and restoring business confidence.

October 29, 2020: The Board of Directors of the State Bank of Pakistan on October 26, 2020 approved the Annual Performance Review on the working of the Bank and its subsidiaries and the financial statements for the year ended June 30, 2020.

According to the data released by the All Sindh Saraf Jewellers Association, the price of 10-gram gold also fell by Rs 1,414 to Rs 95,680 against the price of Rs 97,094 reported yesterday.

October 29, 2020: Oil prices dived on Thursday on demand fears as more nations go into lockdown to staunch the spread of the coronavirus, while stock prices enjoyed a reprieve.

"The new lockdowns have since yesterday caused a carnage in the oil market," Bjornar Tonhaugen, head of oil markets at Rystad Energy.

"Oil demand will lose ground as a result of the new lockdowns... Prices now naturally decline on this grim prospect," he added.

Wall Street opened mixed after data showed the US economy posting the strongest recovery on record as it expanded at an annual rate of 33.1 percent in the third quarter, according to government data.

However, compared to the July-September of 2019, the third quarter contracted 2.9 percent after falling 9.0 percent year-over-year in the second quarter, according to the data.

In early afternoon deals, European stocks slid and the euro sagged as the European Central Bank kept rates steady as expected, although it said it stands ready to bolster its pandemic response in December.

The moves followed weeks of exponentially rising new infections across Europe that forced governments across the continent to put fresh containment measures in place.

The deadly second wave could potentially spark another painful global recession, as businesses and economies buckle once more under the restrictions, analysts warn.

"Risks of a double-dip recession are rising for the global economy," warned Agathe Demarais, global forecasting director at The Economist Intelligence Unit.

"A second wave of the coronavirus pandemic is raging across Europe, prompting several countries, including heavyweights France and Germany, to re-impose stringent measures to contain the outbreak," she told AFP.

In tumultuous Wednesday trade, Frankfurt stocks dived more than four percent, while London and Paris each slumped by around three percent.

"Looking ahead, the prospects for the global economy have darkened for the rest of the year," Demarais added.

"Many major economies will likely see their GDP contract on a quarterly basis in October-December. In turn, the recovery... will take even longer than planned."

In London on Thursday, investors shrugged off news that British bank Lloyds and oil giant Royal Dutch Shell both rebounded into profit in the third quarter.

Frankfurt was partly helped by news that German auto giant steered back into profit in the same period, after negotiating pandemic fallout.

BankIslami reports a 45% growth in earnings during 9MCY20

The earnings per share for the period stood at Rs. 1.4304, which is approx. 45% higher than the EPS recorded in the same period of last year.

The higher earnings resulted from net returns of Rs. 9.9 billion recorded during the period, I,e, around 34% higher than the SPLY. The other income also jumped by 57% on the back of higher fee & commission income, foreign exchange income, and gain on securities.

On the other hand, the bank saw an 18% increase in other expenses, as well as a 54% rise in provisioning cost. Both of these factors restricted the growth of profits.

With the approval of its Board of Directors, the Bank also approved the sale of 8,000,000 shares of BankIslami Modaraba Investments Limited to Mr. Atique Ahmed Khan (one of the promoters/sponsors of the Ghani Global Group) or any nominee.

PM for sustainable relationship with AIIB

Exports to prominent trading partners on the edge of a slope

First UDL Modaraba to sell its investment property to The Searle...