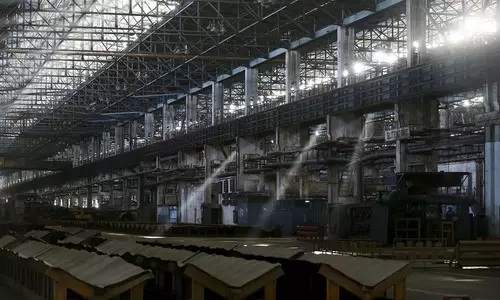 As per the transaction structure approved by Federal Cabinet in December 2020, all 96.6% of Government shares in HEC were offered for sale.  This was the fifth attempt at privatizing HEC with prior unsuccessful efforts in 2006, 2011, 2013 and 2015.

With the highest bid price of Rs. 99.999 per share from IMS Engineering, HEC’s enterprise value is estimated to be around Rs. 1,900 million.  Valued as a going concern, reserve price was based on extensive diligence and financial modeling that incorporated demand outlook and supply constraints and was approved by CCOP earlier in the day.  PC Board will now meet tomorrow to discuss the outcome and recommend the transaction to CCOP for its approval before it is presented for Federal Cabinet’s consideration.  PEL and Waves-Singer were unsuccessful bidders.

Chairing the bidding ceremony, Federal Minister Privatisation Mohammedmian Soomro said that all privatisation transactions are carried out strictly as per PC Ordinance, 2000 and applicable rules. All processes are kept transparent and extensive deliberations are undertaken at each phase. He also highlighted that HEC once operative will enhance the competition among the transformer manufacturers which will reduce the CAPEX cost for the DISCOs besides saving the valuable foreign exchange which is presently being spent on the import of transformers. He also expressed that successful bidding of HEC reflects the positive investor sentiment and confidence in the economic and sectoral outlook. The Minister expressed that this momentum will be sustained for the other transactions including HBFCL, Pak Re-insurance, NPPMCL and the revival of Pakistan Steel Mills.

In his closing remarks, Mr.Saleem Ahmad, Chairman, Privatisation Commission, congratulated the IMS team on their successful bid:  “I wish IMS great success in effectuating their growth strategy which will yield attractive investment returns, and generate gains in productivity, employment and wages.”

Speaking about the future pipeline, he said, “Accelerating the execution of privatisation program is a key strategic priority of the present government.  Our upcoming pipeline is not only attractive for the right investors but is also aimed at stemming the losses to the exchequer, creating jobs, increasing wages and enhancing economic activity that supports Pakistan’s long-term economic development.”

June 29, 2022 (MLN): The coalition government has started consultation on procuring Russian oil and gas at much cheaper rates than currently available in the international market.

In this regard, the Petroleum Division has written a letter to the head of four major oil refineries – Pak-Arab, National Refinery, Pakistan Refinery Limited (PRL) and Byco Petroleum.

The ministry has also sought cost and benefit analysis-based details of Transportation/freight rates for imports from Russia in comparison with normal imports from the Middle East.

“What will be the method of payment for crude oil purchased from Russia”, the ministry asked the oil refineries in a letter.

Moreover, the existing commitment of upliftment from the Arab Gulf region with respect to Term Contracts has also been requested.

Sources claimed that officials of the Petroleum Division have held separate informal meetings with heads of oil refineries. The coalition government will hold a meeting with four major refineries today (Wednesday), ARY reported.

Meanwhile, it is important to mention that former prime minister Imran Khan and his cabinet were ready to purchase oil at 30% cheaper rates compared to other suppliers. However, his government was ousted from power due to Russia's visit.