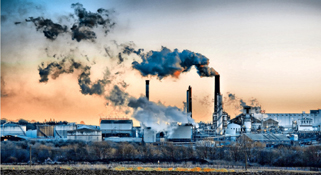 Dr. Miftah Ismail said the economic growth was remained buoyant. However, the fiscal deficit and current account deficit were bothersome. He said there is need to curtail budget deficit around 5 percent this year in order to create fiscal space for development expenditures.

Talking about planned amnesty for undeclared foreign assets, he said there were misconceptions about this amnesty. “Through this amnesty the government is trying to stop all the continued amnesties on transfer of foreign remittances,” he added.

He said that the current account deficit was reached to alarming level due to lower exports and high imports. The adviser admitted the government weakness in maintaining real nominal exchange rate for a long time.

According to him the exchange should be decided by the market forces instead of the regulator.

He said that broadening of tax base was priority of the government and in this regard many sectors had been identified.

Riaz Chamdia said the development of Gwadar port will benefit the national economy.

Ehsan Malik, on the occasion said the share of manufacturing sector was depleting which needs attention. To increase the share the government should focus on trade, manufacturing and energy policy, he suggested.

Arif Habib in his remarks suggested reducing cost of business. He also suggested incentives for business activities and investment in the stock market.

Asad Ali shah said one time amnesty should be extended to foreign and local undeclared assets. Ashfaq Tola explained many areas which required attention of the government to reform taxation.