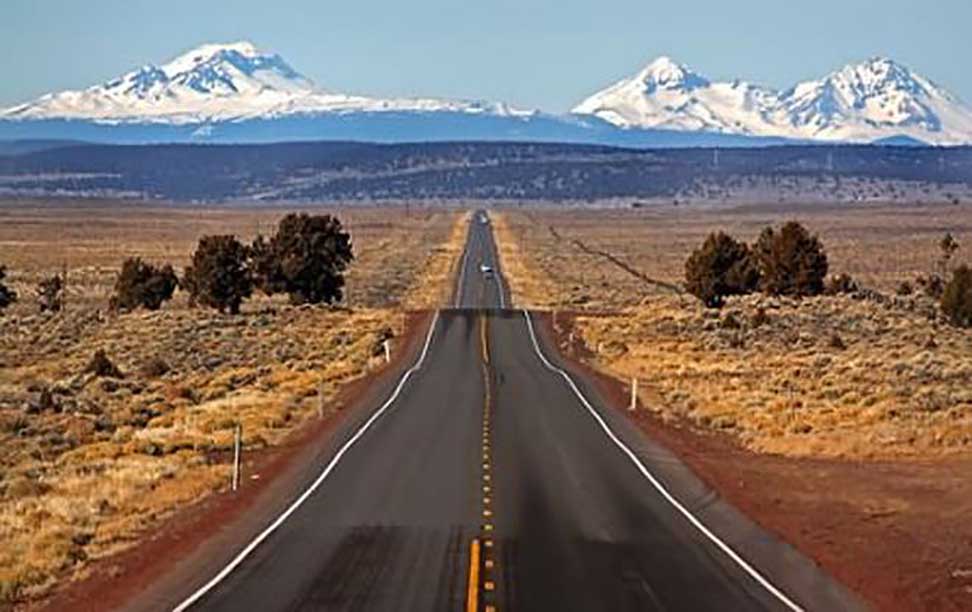 October 10, 2018: Minister of State for Communications Murad Saeed has said that, “There should be no misconception about the incumbent government’s intention to put the game changer China Pakistan Economic Corridor (CPEC) and former government's projects at the back burner”.

In an exclusive talk with APP, the minister said, “CPEC and ongoing projects of the ministry would be completed on priority basis whereas no new project has been added in the Public Sector Development Programme (PSDP) 2018-19”.

He said the ongoing projects of the ministry were given due consideration in the PSDP 2018-19 as Rs25 billion have been allocated for these projects.

“All projects belong to Pakistan not to any individual or political party and Prime Minister Imran Khan is clear in his vision to ensure quality and in time completion of all ongoing projects particularly the game changer CPEC as their completion will guarantee country’s prosperous future,” he added.

A visit, in the next week, of Karachi-Hyderabad Motorway (M-9), he said is planned to observe the construction work on the project and it is in the pipeline to propose extension in M-9 from Hyderabad to Sukkur. He said that I have also planned to promote tourism in the regions particularly Kumrat-Chakdara route and others where there are ample opportunities to explore the untapped tourism potential.

He said it is also under consideration to execute all of the projects under Ministry of Communications on Build-operate-transport (BOT) basis.

To a question Murad Saeed said that there was no prospect of any National Task Force to be formed in the Ministry of Communications like the others formed in various ministries.

“A task force was formed to give policy guidelines and research for effective and enhanced working of institutions. Our ministry unlike any other has moved a step forward as it has set its own 75 days action plan and started implementing it which has transcended the level of a task force,” he added.

Replying to another query, he said Clean and Green Encroachment free Pakistan is not only our vision rather mission which will continue across the country till the achievement of desired output.

Murad Saeed said that public has trust in PTI government and it is quite strange to believe that opposition also has faith in our leadership that’s why they question in the parliament about the changes Pakistan Tehreek-e-Insaf (PTI)’s government brought in 45 days of its government.

Implementation of CPEC projects to be further accelerated: Minister

PSX Closing Bell: Another Brick in the Wall

July 30, 2021 (MLN): Pakistan Stock Exchange (PSX) on Friday witnessed a volatile trading day with the benchmark index swinging between negative and positive territory in search of a clear direction before succumbing to the selling pressure in the second half of today’s trade.

The trading activity was knocked by the announcement of the Sindh govt to impose a strict lockdown in Karachi till August 8 in order to curb the surging infection ratio.

Of the 95 traded companies in the KSE100 Index, 33 closed up 60 closed down, while 2 remained unchanged. The total volume traded for the index was 156.53 million shares.

Sector-wise, the index was let down by Technology & Communication with 54 points, Fertilizer with 45 points, Cement with 35 points, Commercial Banks with 27 points and Textile Composite with 17 points.

The most points taken off the index was by TRG which stripped the index of 47 points followed by FFC with 44 points, HBL with 39 points, LUCK with 23 points and PPL with 17 points.

Sectors propping up the index were Inv. Banks / Inv. Cos. / Securities Cos. with 9 points, Engineering with 8 points, Chemical with 3 points, Insurance with 3 points and Paper & Board with 1 points.

The most points added to the index was by EFERT which contributed 12 points followed by MEBL with 11 points, PSX with 10 points, HMB with 9 points and SCBPL with 8 points.

Total companies traded were 407 compared to 405 from the previous session. Of the scrips traded 139 closed up, 252 closed down while 16 remained unchanged.

July 30, 2021 (MLN): The Weekly Sensitive Price Indicator (SPI) for the Combined Group increased by 0.03% during the week ended Jul 29, 2021 while the SPI increased by 12.2% compared to the corresponding period from last year.

Out of the 51 monitored items, the average price of 23 items increased, 6 items decreased whereas 22 items registered no change during the week.

The weekly SPI percentage change by income groups showed a mixed trend with SPI ranging between -0.09% and 0.15%.

The Lowest Income Group witnessed a weekly decrease of 0.02% while the highest income group recorded an increase of 0.15%.

On an yearly basis, analysis of SPI change across different income segments showed that SPI increased across all quantiles ranging between 11.31% and 15.52%.

Yearly SPI for the Lowest Income Group increased by 15.52% while the highest income group recorded an increase of 11.73%.

Meanwhile, average Cement price was recorded at Rs.654 per 50 kg bag, which is 0.46% higher than the previous week and 17.41% higher than prices last year.

July 30, 2021: Chairman Businessmen Group (BMG) and Former President Karachi Chamber of Commerce & Industry (KCCI) Zubair Motiwala, who attended the provincial coronavirus taskforce meeting at CM House on Friday, said, “We strongly opposed the lockdown strategy to deal with the pandemic as we believe that the only workable solution for minimizing the number of covid cases is to forcefully get the people vaccinated and ensure strict implementation of SOPs instead of imposing lockdown.”

“In this regard, we stressed that the government should carry out aggressive vaccination campaign and take assistance from Pakistan Army if needed in order to compel the masses to get vaccinated at the earliest”, he added while sharing the details of the meeting which was chaired by Chief Minister Sindh Syed Murad Ali Shah and also attended by Sindh Minister for Information Syed Nasir Hussain Shah, Sindh Minister for Industries and Commerce Jam Ikramullah Dharejo, Chief Secretary Sindh Syed Mumtaz Ali Shah, Senior Vice President KCCI Saqib Goodluck, IG Sindh, DG Rangers, politicians, representatives of business community and prominent doctors.

Zubair Motiwala mentioned that it was also evident from presentation given during the meeting that 428 people lost their lives in the month of July, of which only 46 were vaccinated and were of old age who were suffering from chronic diseases which was an ample proof that vaccine was the only weapon to defeat this pandemic

He informed that Chief Minister agreed that the delivery service of restaurants will continue while the export-oriented industries and all their allied industries would also continue to operate.

Chairman BMG stressed that the small traders and shopkeepers have been facing a lot of problems due to lockdowns and limited business hours and many businesses were at the verge of total collapse. Hence, the government should try its best to minimize the grievances being faced by these shopkeepers and also the public otherwise, the people, instead of dying due to diseases caused by coronavirus, would die themselves because of poverty, unemployment, mental stress, hunger or starvation.

He said, “These are challenging times and every member of the civil society is facing problems due to COVID crises. Perhaps, it is time when the government should think about extending monetary help to citizens especially the small shopkeepers who are now in net debt position and even paying rents to owners of their business premises has really become difficult.”

Senior Vice President KCCI M. Saqib Goodluck suggested at the meeting that the number of COVID-19 Vaccination Centers have to be enhanced all over the city and made operational at Union Council (UC) level so that the people could get vaccinated in a hassle -free environment as it has been observed that many people were reluctant to visit the existing overcrowded vaccination centers.

July 30, 2021 (MLN): The Board of Directors of JS Investments Limited has approved the merger of JS Value Fund (the merging scheme) with and into JS Growth Fund (the surviving scheme).

According to the notice issued to Exchange, the management company of the subject funds also approved this merger.

However, it is subject to the approvals by the unit holders of the schemes, Securities and Exchange Commission and other regulatory requirements.

The net assets of JS Value Fund (JS VF) will be transferred to JS Growth Fund (JS GF) on the effective date to be announced by the management company in due course. As a consideration, the unit holders of JS VF will be issued units of JS GF based on the swap ratio of the effective date of merger.

The management company believes that the merger will give the unit holders of surviving scheme to benefit from economies of scale due to lower expense ratio, resulting in fulfilling the investment objectives and policies more economically and efficiently.

As per the notice, the investment amount of all the unit holders will remain unaffected except for the impact of capital gain tax, where applicable. The units of the surviving scheme will be issued to the unit holders of the merging scheme (as a consideration) in accordance with the swap ratio to be determined on the basis of the net assets of each of the schemes on the effective date,

The management company in due course will be presenting the subject scheme of merger to seek approval of the respective unit holders of these schemes in their separately convened meetings.

PKR slides by 11 paisa over the week

According to Asad Rizvi, the former Country Treasurer of Chase Manhattan Bank, the depreciation in home currency has occurred due to escalated import bill and decline in foreign exchange reserves.

The rupee traded within a very narrow range of 70 paisa per USD showing an intraday high bid of 162.55 and an intraday Low offer of 161.90.

During the week, the currency has lost 11 paisa against the greenback, as the previous week was concluded at PKR 162.32 per USD.

The local unit has depreciated by 3% or PKR 4.9 in the fiscal year-to-date against USD. Similarly, the rupee has weakened by 1.6 or PKR 2.6 in CY21 with the month-to-date (MTD) position showing a decline of 3%, as per data compiled by Mettis Global.

Meanwhile, the currency lost 1 rupees to the Pound Sterling as the day's closing quote stood at PKR 227.01 per GBP, while the previous session closed at PKR 226 per GBP.

Similarly, PKR's value weakened by 1.1 rupees against EUR which closed at PKR 193.29 at the interbank today.

On another note, within the money market, the State Bank of Pakistan (SBP) conducted an Open Market Operation in which it injected Rs.1.9 trillion for 7 days at 7.08 percent.

Year in Review: Balance of Payment position during 2017

Rs40mn to be spent on ‘Strategic Underground Gas Storages’ project in...

PSX Closing Bell: Another Brick in the Wall