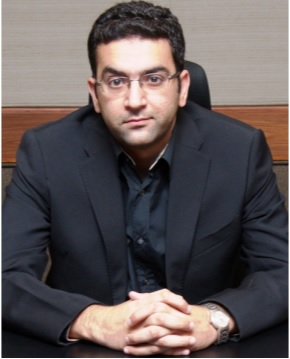 Nothing is more reflective of Pakistan’s perpetual boom-and-bust macroeconomic cycle every few years than the financial statements of steel companies. Increasing top and bottom lines, coupled with capacity additions during the growth phase before everything comes crashing down when the country begins its stabilisation journey.

Ittefaq Iron Industries is no exception to this phenomenon. Since its listing on the Pakistan Stock Exchange in 2017, the company initially saw its topline cross the Rs6 billion mark before being reduced under Rs4bn in FY20. However, like its peers in the steel sector, FY21 has been a good year for the Lahore-based organisation as its October-December revenues surged to Rs1.38bn, compared to Rs626m in the same period of last year. Yet, the figure remains below the Q2FY19 levels, suggesting that the low base these growth numbers are coming off.

But beyond the top and bottom lines, the company has been undergoing transformational shifts as it looks beyond the north region – its traditional foothold – as well as diversifying the product mix more. To discuss these changes, Mettis Global interviewed Shahzad Javed, the chief executive officer of the Ittefaq Iron Industries and a scion of the Al-Shafi Group.

The edited excerpts below have been edited for brevity.

How has the recovery been so far and whether the company would be regaining the FY19 levels anytime soon?

SJ: The recovery in sales has so far been impressive and much better than our expectations. With the prime minister’s assurances for the construction sector, we are hoping for a very strong fourth quarter, which should further extend into the next year as well. Therefore, the FY19 level should be achieved soon. We are seeing the demand so that’s not going to be the problem, the only hurdle in the way could be related to procurement of supplies like oxygen which might hamper our production process.

Can you tell us about your product mix and the move towards girders?

SJ: Until recently, around 80% of our sales came from bars but as competition in this segment intensified, we started diversifying the product line. Girders was a market with a lot of potential and very few players so there was an opportunity. Due to little price competition, margins seemed more lucrative as well and that’s what the company started pivoting towards. The idea is to double their share from 20% currently to around 40%.

We recently started advertising it but still haven’t gone all out yet. The demand for girders mostly comes from the rural areas and is quite seasonal in nature, as it picks up right after the harvesting season since people’s cash flows improve. It’s hard to put a number on how big the market is since it’s not very defined but our supply from the 120,000 metric tonne plant should be enough to meet any demand. After Ramzan, we’ll be marketing much more aggressively in this segment.

Ittefaq’s capacity utilization levels are rather low. What are the reasons?

SJ: Utilization levels are a function of the overall macroeconomy so as that outlook improves, our numbers will start getting better too. In 9MFY21, the company produced 50,000 metric tonnes  in total but as I said, we are still keeping production controlled for now and will be increasing it after Ramzan, which is always a relatively slower month. There are also some delays in projects under the CPEC due to the Covid-19 and once that settles, the situation will get even better on the back of renewed development works.

What’s the geographical distribution in your revenue mix?

SJ: 80% of our sales come from the north region, where we are the second biggest player after Mughal Iron and Steel. But recently, the management has started focusing on the south as well. This expansion should help smooth out the demand across the year and eliminate seasonality factor as Sindh and Balochistan generally have a continuous cycle whereas in Punjab, winters see a dip in activity.

SJ: We used to cater more to the corporate side previously and were involved in most major government projects, such as the Mohmand Dam or Haveli Bahadur Power Plant. But lately, there has been a realignment of our focus towards the dealership network as competition within our traditional foothold grew.

Unlike big projects which come and go, the retail segment is more predictable and permanent, along with a much better payment cycle which reflects well on our efficiency and credit terms. We have already transitioned towards it as 80% of the sales are now coming from the dealer network and this move further aligns with our expansion plans in Sindh and Balochistan.

With the new finance minister in charge, do you see a major shift in the economic policies and the prospects for the steel sector?

SJ: There is a significant change expected as the new finance minister has been a vocal supporter of growth-oriented policies and we hope that’s what he will be channeling his energies on as well. Mr Tarin was also against the high interest rates so I believe there should be stability on that front too.

Even more generally, governments usually ramp up their spending in the later half of their terms and that should reflect in the Public Sector Development Programme outlays too. At the same time, the Naya Pakistan Housing Scheme will be picking up pace, along with the impact of the construction amnesty as around a thousand new projects have been registered with the Federal Board of Revenue. All these factors combined will be pivotal for the steel industry’s growth going forward.

Textile mills forced to shut down over rising costs