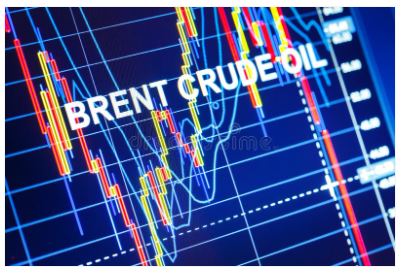 October 15, 2021: Global stocks rallied again Friday on strong US earnings, and London hit a post-pandemic peak as Brent oil rose to its highest level in three years on the back of keen demand from reopening economies.

Asian and European equities also advanced as traders cheered better-than-expected data indicating the US recovery remains on track, despite inflation concerns and the imminent end to cheap cash.

“We have seen really healthy numbers out of the US banking sector this week. The remaining Wall Street giants will report their earnings today.”

North Sea Brent crude soared to $85.10 per barrel, a level last seen on October 10, 2018, as ongoing coal and gas shortages also triggered a switch to crude — and a demand upgrade from the International Energy Agency.

That boosted London's FTSE 100 index, which briefly hit the highest point since before the deadly Covid-19 pandemic, with big gains for energy majors.

“BP and Shell… are both up more than 20 percent in the last month as oil and natural gas prices have soared,” said Markets.com analyst Neil Wilson.

Bitcoin meanwhile jumped close to $60,000 for the first time since May after a report said the US Securities and Exchange Commission was close to greenlighting the first futures exchange-traded fund for the unit.

Central banks around the world are preparing to start — or in some cases have started — winding back the vast financial support put in place at the beginning of the pandemic, which has helped economies rebound and pushed equities to record or multi-year highs.

Soaring prices, supply chain snarls and a brewing energy crisis caused by the reopening from lockdowns have put increasing pressure on finance chiefs to act sooner than they had expected to prevent inflation from getting out of control.

And that has put a brake on a market rally that had lasted for a year and a half.

However, traders have refound some of their mojo this week as strong earnings from banking giants including JP Morgan Chase, Morgan Stanley, Bank of America and Citigroup fuel hopes for a standout round of reports.

Meanwhile, US figures showing new applications for unemployment benefits fell below 300,000 last week for the first time since the pandemic started provided fresh evidence for the recovery narrative.

As a result, Wall Street's S&P 500 on Thursday enjoyed its best day since March, while the Dow and Nasdaq also saw big gains.

Hong Kong jumped 1.5 percent, having reopened after two days off, though Jakarta, Bangkok and Wellington dipped.

Expectations for tighter US monetary policy meanwhile pushed the dollar above 114 yen for the first time since late 2018.

Adviser to PM on Finance Holds Meeting with SECP, PSX