Turkish lira blows through 15 to dollar ahead of rate decision 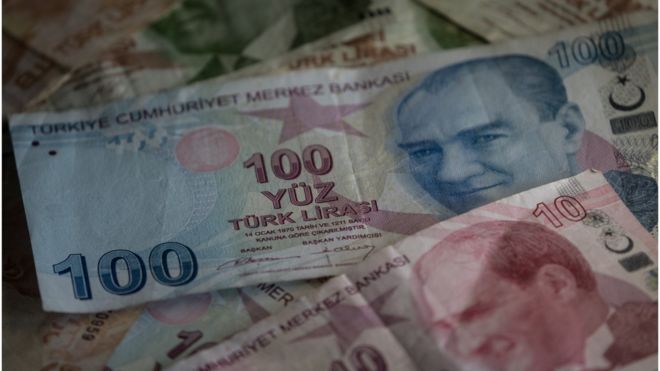 December 16, 2021: The Turkish lira dropped to an all-time low beyond 15 against the dollar on Thursday ahead of another expected interest rate cut by the central bank, which has fallen in line with President Tayyip Erdogan's risky new economic programme.

The lira weakened as much as 2.9% to 15.25 and was trading at 15.2 at 0701 GMT. The U.S. currency has more than doubled in value against the lira so far this year, rattling Turkey's big emerging market economy.

Despite inflation soaring above 21%, the central bank is expected to cut its key rate by 100 basis points to 14% at its policy-setting meeting later in the day, according to a Reuters poll.

“An experiment is being conducted and Erdogan is in charge of this experiment. Interest rates will be brought down as far as they can,” said economist Guldem Atabay at Istanbul Analytics.

The bank has cut its key rate by 400 basis points to 15% since September under Erdogan's plan to prioritise exports and lending, even though economists and opposition lawmakers have widely criticised the policy as reckless.

The bank has also intervened in the forex market four times in the last two weeks, selling dollars to slow the sell-off. It will announce its rates decision at 1100 GMT.

According to the central bank, which targets 5% inflation, inflation pressure is temporary and necessary to expand economic growth and balance the current account.

But given the lira crash, economists predict inflation will soar to near 30% next year due largely to soaring import prices.

The central bank has signalled it will cut rates once more this month before pausing in January. Last month it said it would consider “completing the use of the limited room” it has left for easing in December.

Erdogan has overhauled the central bank's leadership this year, largely firing orthodox policymakers and replacing them with like-minded officials, leaving its credibility in tatters, analysts say.

The currency was also hit by the U.S. Federal Reserve's hawkish decision on Wednesday to end its bond-buying stimulus in March, and project up three U.S. interest rate increases next year to tackle heated inflation.

The prospect of U.S. tightening could add pressure on emerging market currencies like the lira. Money markets see good odds for a first Fed hike by May, followed by more by September and December, although three quarter-point rate increases aren't fully priced until February 2023.