HomeEconomyTender for 18 new E&P blocks to be floated on Jan 8:...
Economy

Tender for 18 new E&P blocks to be floated on Jan 8: SAPM 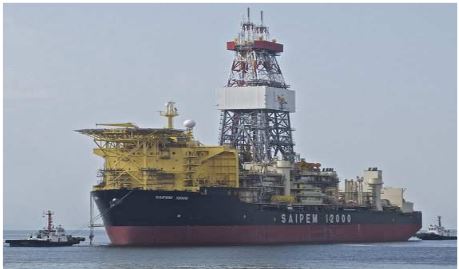 Jan 06, 2020: Special Assistant to the Prime Minister (SAPM) on Petroleum Nadeem Babar Monday said international tender for the auction of 18 new blocks would be floated on January 8 aimed at expediting oil and gas exploration activities to meet country’s energy needs in an efficient manner.

“We are working on a strategy to improve domestic production of gas as existing reservoirs are depleting by 7 percent annually. We are going to float international tender for 18 new Exploration and Production (E&P) blocks on day after tomorrow (Jan. 8),” he said during an informal interaction with media along with Minister for Petroleum Omar Ayub Khan and Secretary Mian Asad Hayaud Din here.

Unfortunately, he lamented, the previous government had not awarded even a single field [block]to increase domestic production of gas, ignoring the reality that old deposits were on consistent decline and no significant discovery could be made since long.

Commenting on prevailing situation in Sindh with regard to gas supply, the SAPM said under the 18th Constitutional amendment royalty of natural resources went to provinces, policy-making process to Council of Common Interests (CCI) and day-to-day management to the ministry. “All citizens of the country have equal right on natural resources.”

In that context, he said, the federation’s view point was very simple that domestic sector, connected with pipelines across the country, would get gas supply on priority, and later on provinces could decide other priority sectors to supply the commodity from their remaining share.

Nadeem Babar said it was on record that most of the discoveries made during last 10 years in Sindh and Balochistan had been allocated to Sui Southern Gas Company. “There is a nominal difference between the gas being produced and consumed in Sindh. There is a little volume that is going out from the province.”

He said around 2,200 million cubic feet gas per day (MMCFD) was being produced from Sindh, out of which currently12,24 MMCFD was being given through SSGC system, while estimated 750-800 MMCFD gas directly went to three power plants and fertilizers units in Sindh directly.

Since February last, he said, the Petroleum Division had been requesting the Sindh government to give right of way for three pipelines that had due importance to reinforce the existing transmission network, but it gave no response.

However, after the repeated requests, the Sindh government had now given verbal permission – right of way – for just one pipeline to connect a new field for bringing 25 MMCF gas in the system. “Hopefully the documentation in that regard will be done within 10 to 15 days.”

He said Liquefied Natural Gas (LNG) terminals were operating with their full capacity to ensure better supply of the commodity in the extreme cold weather.

He said the government was ensuring supply of gas to domestic consumers on priority.

By January 15-20, the minister said, two new fields would be connected in the transmission network in Sindh to improve gas supply situation there.