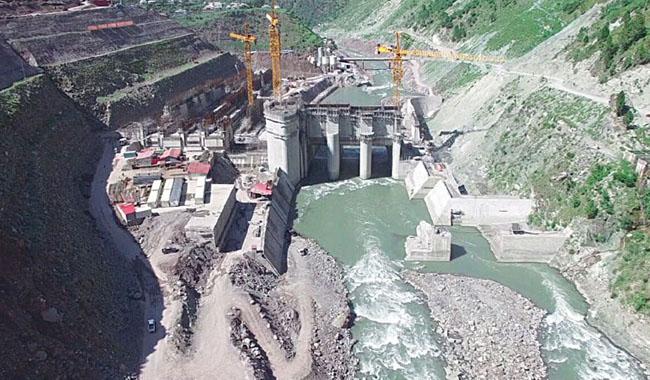 Suki Kinari Hydropower Project (SKHPP), being executed under China Pakistan Economic Corridor (CPEC), will become operational in 2022 and ensure jobs for 3000 local residents under recruitment plan in 2019 and 2020.

Talking to media persons, Counsellor Embassy of China Li Yuanling said Suki Kinari Hydropower Project (SKHPP) had been included in the CPEC projects for being in an advance stage of development.

He said it will eventually help to end Pakistan's energy shortages. “Total cost of the project is $1.92 billion and would be completed within 72 months” he added.

He said this is the only hydropower project in Khyber Pakhtunkhwa on the CPEC list and the Project is listed as the high priority ‘Early Harvest Project (EHP)’ within CPEC projects.

He said this project is being supported and closely monitored by the governments of Pakistan and China due to its importance.

He said Chinese investments in Pakistani infrastructure and power projects will surely lead to a “virtuous cycle”, thus making the country more attractive for foreign investment in a variety of sectors.

He said Chinese company ‘China Gezgouba Group Corporation’ initiatedwork on Suki Kinari Hydropower Project in December 2016 with an estimated cost of US $1.9 billion. The project would be completed on 31 December 2022 in 6 years.

The project is being built on a “Build-Own-Operate & Transfer” basis in accordance with Government of Pakistan's Policy for Power Generation Projects 2002, he added.

He said that total operational life of the project is 100 years and the company will hand over the Suki Kinari hydropower project to the Government of Pakistan after 30 years.

He said during this period, the company will be responsible for its maintenance and other expenditures. He said National Electric Power Regulatory Authority (NEPRA) will determine the tariff of the project.

He also said that work on oil-based 12 megawatt project is in full swing to provide electricity to site area of the project.

He said around 1,600 Pakistani people work in SKHPP including over 900 skilled people and over 700 laborers.  He said the company is hiring the services of labor from district Mansehra only.

Highlighting the criteria of appointment, he said noticeboard had been displayed at the main gate of site office of the project to hire the services of local people. He said another 3,000 jobs for the locals will be generated under recruitment plan in 2019 and 2020.

He said the majority of local people have no experience to work in hydropower project or other engineering projects, and those need to be trained by Chinese foreman or skilled man such as surveyor, operator for heavy equipment, carpenter, electrician, welder, plumber etc.

The potential for energy generation from Kunhar River was first identified around 1960.  In 1959, Charles T Main US consultants were engaged by WAPDA to study this potential. In January 1960, they issued a report entitled “Kunhar River Project-Kaghan Valley.”

Further studies were conducted in 1984 and 1995 to optimize the power potential of Kunhar River. These studies identified a series of potential sites along the river from where the energy could be produced by cascading the water energy through run-of-the-river hydro projects.

Studies suggested potential sites for these projects at Batakundi, Naran, Suki Kinari, Balakot and Patrind.  Run-of-the-river project envisages that the water is drawn from the river, taken to the turbines in a powerhouse, located downstream through tunnel and after running the turbines and producing energy, the water is again diverted back to the river.

This water is now again available to be used to produce energy through yet another similar set up downstream. This is called cascading. Unfortunately no worthwhile efforts were made in the past on these hydro projects for producing electricity at affordable rates.

It is being carried out now. In addition to this project, two projects have been announced by KPK at Batakundi (96 MW) and Naran (188MW) both upstream of this project. Another project Patrind (147 MW) is already underway downstream.

So in all there would be four (4) projects on this river with total capacity of 1300 MW.

He said the company had also constructed, Balakot bridge, damaged by the flood in 2017. It took 10 days to complete the construction of the bridge and got appreciation from NHA, local government and local people.