Home Commodities Spell of rains to be beneficial for Rabi Crops 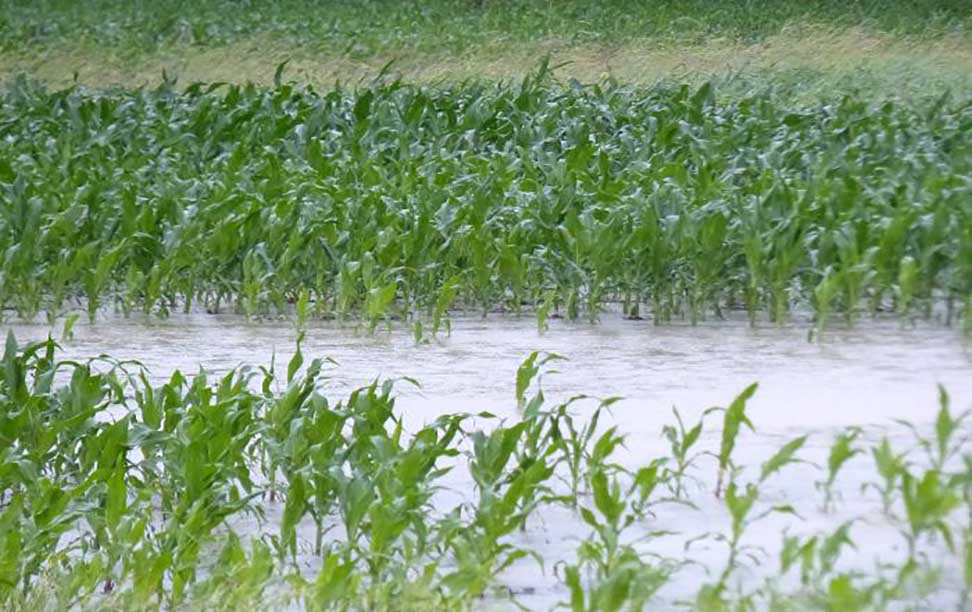 Much awaited current spell of rains came with a blessing for farmers as these would help bring about positive impact on all Rabi crops all across the country.

The rains would have positive impact on staple crops, fruit orchards, vegetable farms, and pulses and would help boost production for local consumption as well as for exports.

The rains are particularly most beneficial for wheat, which is major cash crop of the season and a vital source of staple food to tackle with the domestic food requirements as well as for exporting to fetch a reasonable foreign exchange reserves for the country, said Food Security Commissioner in the Ministry of National Food Security and Research Dr. Imtiaz Ahmad Gopang.

Taking to APP here on Monday he said that the rains arrived at a crucial time as all seasonal crops required rains at this stage, particularly for the wheat, one of the most important cash crops of the Rabi.

Meanwhile, he said that wheat crop cultivation targets for the season 2017-18 were fixed at over 8,844.6 thousand hectares to produce about 26.463 million tons to fulfill the domestic cereals grain demand as well as for exporting.

Due to prevailing long dry spell across the country, all the areas including rain fed as well as irrigated areas were facing acute water shortage, which was badly impacting the growth and nourishment of seasonal crops, pulses, vegetables and fruit orchids, Food Security commissioner added.

He further informed that wheat crop was at its vegetative growth and after this stage it would entered into booting stage and at that stage water is much required for healthy growth of the plant, adding that rains would help to fulfill the water demand of the crop and boost wheat production.

Besides, the rains would put positive impact on local climate and environment and act like a cleansing agent for agriculture and human health, besides removing the smog and settling down the dust was causing seasonal allergies, he observed.

Food Security Commissioner further informed that the rains would also be fruitful for oil seed crops including mustard, sun flower and others standing over the thousands of hectares of land across the country and would help to boost their output and enhance the farmer's income.

He said that the Government of Punjab had announced Rs 5,000 per 10 acres subsidy for oil seed growers to encourage the farmers to cultivate the oil seed to overcome the growing edible oil imports into the country.

Meanwhile commenting on the impact of rains in crops, Member Plant Sciences In Pakistan Agriculture Research Council Dr Anjum Ali said that it would have positive impact on seasonal pulses, particularly gram pulse and help to enhance its output.

He said that rains would help improve the ground water level, besides overcoming the 40 percent shortages of water faced during the season.

FDI in Pakistan jumps by 2.1x MoM in Sep

Kuwaiti investors asked to invest in different sectors of economy

Asian markets mostly down as traders ease into weekend

FDI in Pakistan jumps by 2.1x MoM in Sep

No energy project on imported coal in future: Hammad Azhar