August 12, 2022 (MLN): Pakistan's economy continued to recover in H1-FY22, and is expected to grow around the middle of the forecast range of 4-5% for FY22, lower than last year’s growth of 5.6%, notes the Half Year Report for FY22 on the State of Pakistan’s Economy, released by the State Bank of Pakistan (SBP) today.

This outlook is based on three main factors. First, industrial output across some sectors may exhibit a slowdown, in part due to the lagged impact of monetary tightening and other regulatory measures taken in H1-FY22, the report said.

From the perspective of the first half of FY22, the large-scale manufacturing (LSM) exhibited broad-based expansion; exports grew buoyant alongside growth in FBR taxes; and Kharif crops recorded higher production. However, amid multi-year high global commodity prices, rising inflation and current account deficit posed a challenge as the year progressed. These pressures necessitated monetary tightening amidst other regulatory measures to moderate demand, the report said.

With the analysis prepared on data outturns for the July-December FY22, the report states that improved Covid conditions, alongside the government’s vigorous vaccination drive, paved the way for largely uninterrupted economic activities. In addition, fiscal measures, including tax cuts on certain sectors and expansion in federal and provincial development spending, coupled with higher non-interest current expenditures supplemented economic growth. The lagged impact of favourable monetary conditions of FY21 along with SBP’s concessionary financing schemes; and an accommodative policy environment at the start of FY22 also facilitated economic activities and capacity expansion.

Accordingly, the LSM witnessed a broad-based increase in H1-FY22 where 16 out of 22 LSM sectors recorded output growth. However, a rise of 9.7% in Q1 FY22 outweighed a relatively moderate growth of 5.5% in Q2. In the agriculture sector, output in the Kharif season was primarily driven by record production in rice and sugarcane crops. Cotton production also increased over last year mainly due to favourable weather conditions.

Private sector credit grew nearly fourfold in H1-FY22 on a year-on-year basis. This was mainly on the back of working capital requirements that rose due to increased domestic demand, higher exports, as well as the global commodity price hike and an ensuing jump in domestic wholesale prices during H1-FY22. The expansion in economic activities was also visible in the demand for loans for fixed investments and consumer financing, albeit the latter experienced a policy-induced moderation in the second quarter.

The report notes that soaring global commodity prices, coupled with growing domestic demand, especially for industrial inputs, resulted in a widening of the current account deficit, despite double-digit growth in workers’ remittances to $15.8 billion in H1-FY22. Exports grew considerably in the first half, notwithstanding some deceleration in the second quarter. Both higher unit prices and export volumes contributed to export growth with a $3.4 billion year-on-year increase in H1-FY22 to $15.2 billion – which is the highest ever half-yearly export outturn.

However, despite slightly slower import momentum in the second quarter, the increase in H1-FY22 imports was nearly four times the increase in exports. In addition to the dominant role of global commodity price hike, import growth was led by elevated demand for raw materials and capital goods

Amid a widening current account deficit, the market-determined exchange rate depreciated by 10.7% in the interbank market during H1-FY22.  However, the SBP’s FX reserves remained relatively stable till the end of H1-FY22, supported by a $1 billion inflow from Eurobond issuance, the additional SDR allocation of $2.8 billion from the IMF in Q1, and bilateral deposits of $3 billion from Saudi Arabia in Q2.

The report added that the confluence of costlier imported commodities (such as edible oil and pulses) and some demand-side pressures pushed national CPI inflation into double digits during H1-FY22, as the spike in non-perishable food prices more than offset the decrease in the prices of perishable food items. The increase in global commodity prices also led to upward adjustments in administered prices of petrol, LPG, and electricity.

The strength of the economy, the broad-based inflationary pressures and the widening of the current account deficit necessitated a cumulative increase of 275 basis points in the policy rate during H1-FY22. This was aimed at ensuring sustainability in both economic growth and the external account, as well as anchoring inflation expectations. In addition, additional measures, such as an increase in cash reserve requirements and tightening of prudential regulations, were taken to moderate demand pressures.

On the fiscal side, the overall deficit remained unchanged in H1-FY22 at last year’s level of 2.1% of GDP. However, the primary balance narrowed to 0.1% of GDP in H1-FY22, from 0.6% in the same period last year, as the increase in non-interest expenditures more than offset the robust rise in tax revenues. Non-interest expenditure rebounded sharply in H1-FY22, on the back of increased spending on social protection and subsidies, whereas the federal public sector development programme rose by almost one-fifth, even as it declined in Q2 as part of efforts to contain fiscal deficit. The report added that on the revenue side, FBR taxes grew by 32% in H1-FY22, despite somewhat slower growth in the second quarter. However, about 79% of this increase stemmed from import-related taxes, on account of the broad-based increase in import volumes, international commodity prices and PKR depreciation.

The report includes a special section on trade organisations in Pakistan. Titled “Role of Trade Organisations in Economic Growth and Development: Understanding the Dynamics in Pakistan,” the special section sheds light on the importance of effective public-private dialogue in planning and implementation of economic reforms, especially as government planning around the world has become participatory, collaborative and market-oriented in nature.

With a focus on local trade organisations (TOs), the special section underscores the need for evidence-based policy advocacy by TOs, an essential element of the business reform initiative, and the need to provide market complementing services to their members, the revenues from which help TOs to become financially sustainable. The section also identifies some gaps that need to be addressed to ensure that local TOs fulfil their intended objective of improving the business environment and contributing to the country’s economic growth and development. 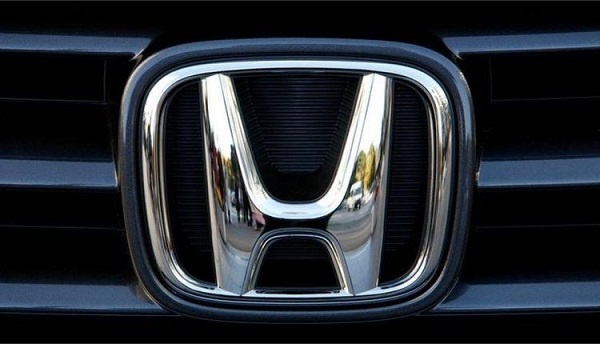