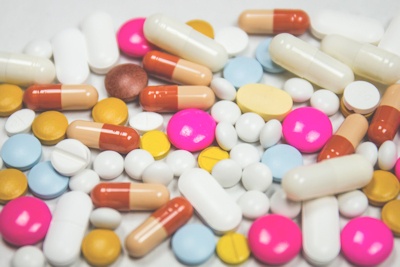 June 15, 2021 (MLN): In pursuance of encouraging the pharmaceutical sector, the government has advocated an amount of Rs21.72 billion for the health sector exempting CD and ACD on 350 Active Pharmaceutical Ingredients (APIs), the raw material of auto-disable syringes, and Remdesivir in the budget 2021.

The duties held on the 350 APIs earlier were marked at 3%, 5%, and 11%, though consolidating with the pharma sector and considering the aftermath of COVID-19, the government came across the decision of reducing the duties which could also highly impact some major listed companies such as Amlodipine (Extor) which is among the top-selling drugs of The Searle Company (SEARL), contributing around 5-7% to total revenues.

As per the total revenue in terms of the API cost, SEARLs API cost falls around 35% of the total revenues. Considering the number, another major API used by the company is Furosemide, which is used in making Spiromide. The decrease in duty could play an important part for company’s upcoming calendar, increasing the profitability by more or less 2-4%.

Other leading companies include ABBOT, GSK, ICI, and Sanofi. A reduction in duty for Dexibuprofen, CARVEDILOL used by ICI and Ferozesons could be a major turnover for the company as the duty for the products has scaled up at 11%, which is the highest amongst the rest of APIs.

As per the budget, Finance minister Shaukat Tarin stated that the government had proposed 2% cut on import duty on 300 pharmaceutical ingredients and also cut down tax on the import of disposable syringes.

In comparison with the previous budgets, during the fiscal year 2019-20, the government allocated Rs13.376 billion for health sectors. Later in the next budget which was for FY20-21, this allocation was increased up to Rs14.508 billion under Public Service Development Program (PSDP). During the same calendar year, COVID-19 also hit the world where substantial Pakistan dealt with substantial losses.

Considering all-natural hazards with the recovery of COVID-19 and bringing vaccines, for FY 2021-22, the government increased the amount to Rs21.72 billion for health schemes.

With regards to that, many experts believe that there is a major lacking in the healthcare infrastructure where patients are going through miserable conditions on a day-to-day basis. Reducing duties might help many companies but the problem that people are facing will still remain the same considering the “Sehat card” to every citizen of Pakistan as well, which many believe would hardly bring about a change.

August 3, 2021 (MLN): After losing its gaining momentum yesterday, the demand for yellow metal witnessed no movement and traded at $1,810 per ounce in the international market amid cautious behavior of investors while waiting for labor market data.

Correspondingly, gold rates in the domestic bullion market remained unchanged and the price of 24 karat per tola gold, 10-gram 24 karat and 10-gram 22 karat was stagnant at Rs110,600, Rs94,822, and Rs 86,920, respectively as per data provided by Karachi Sarafa and Jewellers Association.