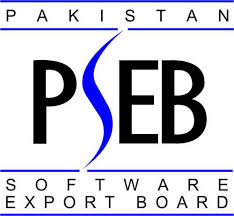 “Discussions have in matured stage for the establishment of software technology parks in Bannu, Rawalpindi, Faisalabad, and Hyderabad,” said a PSEB official.

Special priority, he said, was being given to setting up software technology parks in relatively underdeveloped areas to ensure holistic growth of the IT sector across the country.

He said, that the PSEB had established the first STP in 1999 in Islamabad and various parks had been established in various parts of the country to provide IT-enabled office space.

The parks are equipped with quality Islamabad Capital Territory (ICT) infrastructure and arrangements of backup power to help the IT industry of the country and meet its immediate goals of increased FDI, technology transfer, increased exports, technology diffusion, and increased employment.

Besides that, it helps human resource development. Many top tiers of IT companies are working in STPs instead of taking space in traditional buildings due to the availability of the latest ICT infrastructure and allied facilities along with a conducive IT work environment.

To a question, he said, that PSEB had formulated an IT Exports Strategy Model in line with the changing technologies and market conditions.

“It is based on six pillars with focus on Demand Generation, Ease of Doing Business, Capital availability, Supply optimization, Cost Factors, and Infrastructure,” he added.

The PSEB website is being revamped to make it more receptive to the industry and PSEB is also in the process of finalizing another website, which is likely to be launched soon and is specifically designed to attract international technology companies towards Pakistan.