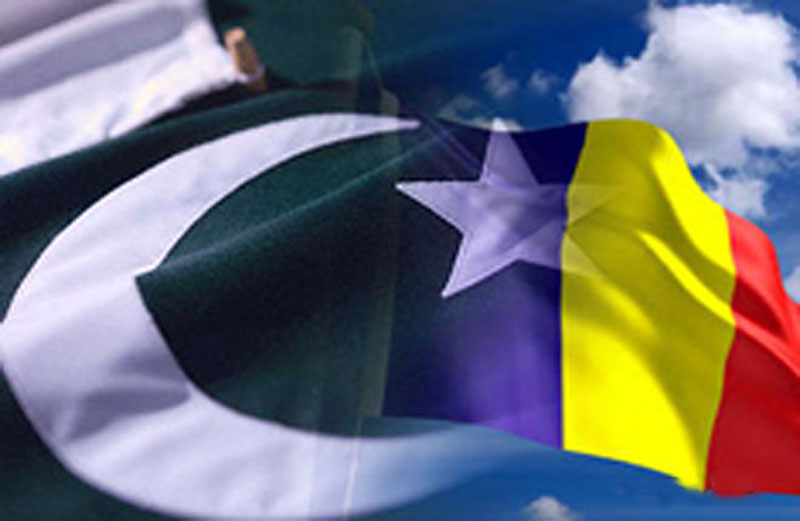 Ambassador of Romania Nicolaie GOIA said on Monday that there is a lot of room for promotion of trade between Pakistan and Romania for which private sectors of the both countries should intensify business to business (b2b) contacts and Romanian Embassy is ready to extend full cooperation in this regard. He was talking to the LCCI Senior Vice President Khawaja Khawar Rasheed, Vice President Zeshan Khalil and Executive Committee members here at Lahore Chamber of Commerce & Industry.

Romanian Ambassador said that to boost the existing trade volume, some extra ordinary efforts are required. He said that Romania has vast business opportunities and Pakistani businessmen should come forward and avail these opportunities. The Ambassador said that Pakistanis a resourceful country. It has all weathers, vast fertile land, best quality fruits & vegetable, adding that Romanian investors are keen to step in joint ventures with their Pakistani counterparts.

He said that exchange of delegations between Romania and Pakistan can help boost the bilateral trade volume which at the moment does not match the potential exist in the two countries. LCCI Senior Vice President Khawaja Khawar Rashid said that Romania had been the fastest growing economy of the European Union for second consecutive year and is the 7th largest market in EU.

Pakistan and Romania have longstanding cooperation in political, economic, cultural and scientific fields. Pakistan-Romanian relationship had many aspects evolved since the establishment of diplomatic relations in 1964. He said that Pakistan and Romania had developed strong economic, trade and cultural relations rooted in decades old history and presently both countries are looking to expand economic cooperation besides enhancing their import and export ties.

He appreciated the support provided by Romania to Pakistan for acquiring the Generalized Scheme of Preferences (GSP) with European Union (EU) countries. The LCCI Senior Vice President said that with respect to trade, both countries could greatly benefit from each other. Total exports from Pakistan to Romania in 2014 were around 25 million dollar that dropped to 21 million dollars in 2016.

Whereas imports from Romania in 2014 were above 167 million dollars which dropped to 85 million dollars in 2016. The bilateral trade figure for the year 2016 is more than $107 million. He said that there is huge potential for Pakistani exports of Footwear, gaiters, parts of such articles and tools, implements, cutlery, spoons and forks, of base metal. Romanian imports from Pakistan include cotton, surgical instruments and shoes, while Pakistan among other things had started to increase demand for Romanian flowers and canola for its oil industry.

LCCI Vice President Zeshan Khalil said that a number of projects were set up in Pakistan with Romanian assistance. Some years back, an oil refinery in Karachi and two cement plants in Lasbella and Kohat were jointly established. There are other areas of economic cooperation like energy, IT, pharmaceutical and engineering etc. “Finally, we would also like to have a meaningful follow-up of your visit by more frequent exchange of delegations from both sides. We will be more than pleased to organize a visit of the Romanian businessmen to Pakistan, especially to Lahore under the umbrella of the Romanian Embassy”, the LCCI Vice President concluded. Khaliq Arshad and Muhammad Wasim also spoke on the occasion.

FFBL to be the prime beneficiary of GIDC removal