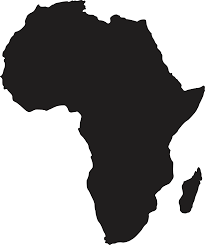 Ambassador of Somalia, Ms. Khadija Mohamed Almakhzoumi, has said that Pakistan should focus on Somalia to penetrate huge market of Africa.

She said that Pakistan can capture better market share in Somalia by exporting quality products at affordable prices. She said both countries should focus on specific areas to improve bilateral trade. She said this while interacting with business community at Islamabad Chamber of Commerce and Industry.

The Somali Ambassador said that things were improving in Somalia and government has passed a new investment-friendly law to attract more foreign investment. She said Pakistani investors should explore Somalia for joint ventures and investment as Somalia was looking for foreign investment in many sectors of its economy including in energy, infrastructure development, environment, construction, healthcare and others.

She stressed that Pakistan should cooperate with Somalia in skills development to improve its productivity. It was discussed that Somalia Embassy would display samples of its products at ICCI.

Speaking at the occasion, Sheikh Amir Waheed, President, Islamabad Chamber of Commerce and Industry said that Pakistan and Somalia enjoyed good relations, but bilateral trade between the two countries was quite nominal which needed serious efforts from both sides to improve it. He said both countries were doing trade in limited items they should focus on trade diversification to achieve better results.

He said Pakistan and Somalia have good potential to cooperate in many areas including agriculture, cement, pharmaceuticals, fish farming, energy, real estate, construction, textiles, health, education, medical science, tourism, transport, ICT & telecom and others. He urged that the best way to explore new avenues of mutual cooperation was to facilitate the direct contacts between the private sectors of both countries. He said ICCI was ready to sign MoU with capital chamber of Somalia and Embassy should cooperate in such efforts.

International Steel Ltd raises the price of flat steel by up...