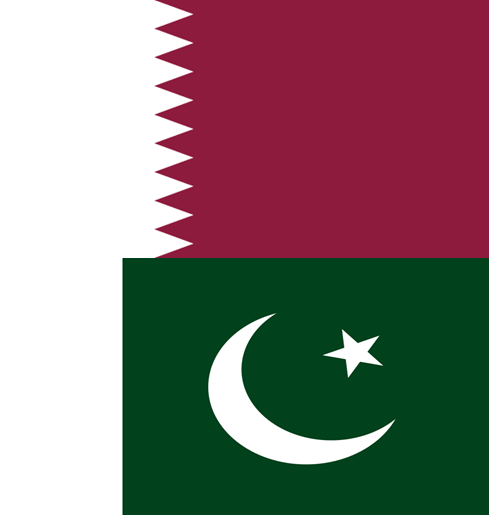 Jun 22: Pakistan and Qatar Saturday agreed to take steps to enhance the bilateral cooperation in diverse areas including trade, energy, oil and gas exploration, besides tourism and defense.

The bilateral ties were discussed during the delegation level talks and one-on-one meeting between Prime Minister Imran Khan and Amir of Qatar Sheikh Tamim bin Hamad Al Thani who arrived here on a two-day visit, said a Foreign Office statement.

Along with a high level delegation comprising key ministers and senior officials, the Amir of Qatar is visiting here at the invitation of Prime Minister Imran Khan.

Both the sides agreed to expand collaboration in the fields of agriculture and food, enhance cooperation in the energy sector including LNG and LPG fields and exploration and production of oil and gas.

The agreement was also reached to promote Qatar’s investments in energy, tourism and hospitality industries and increase the number of Pakistani workers employed in Qatar.

The two leadership agreed to expand cooperation in the fields of aviation, maritime affairs, higher education, and defence and defence production.

According to Foreign Office, the talks were marked by exceptional warmth and cordiality.

“All aspects of bilateral relations came under review. The two leaders reaffirmed the closeness of Pakistan-Qatar fraternal ties and reiterated the resolve to forge a robust political and economic partnership,” it added.

It was decided that the respective ministers from both the sides would hold further follow-up talks on the areas to give concrete shape to the proposals agreed between the leaders.

Besides bilateral matters, the two sides also exchanged views on the regional situation and efforts to facilitate the Afghan peace process.

Later, both the countries also signed three memorandums of understanding on the establishment of Pakistan and Qatar Joint Working Group (JWG) on trade and investment; for cooperation in the fields of tourism and business events; and for exchange of financial intelligence related to money laundering, associated predicate offences and terrorism financing.

On his arrival, the Amir of Qatar was received by the prime minister at Nur Khan Airbase, where he was given a 21-gun salute.

This was followed by a formal welcoming ceremony at the Prime Minister House, where the visiting dignitary was given a tri-services guard of honour. He also witnessed fly past of JF-17 Thunder.

The visiting dignitary also planted a tree at the Prime Minister House.

The prime minister hosted a banquet dinner in honour of the Amir and his entourage.

In a special gesture, the Amir presented the Qatar National football team's jersey to the prime minister and received a cricket bat signed by Prime Minister Imran Khan.

On Sunday, the Amir of Qatar would have a meeting with President Dr Arif Alvi.