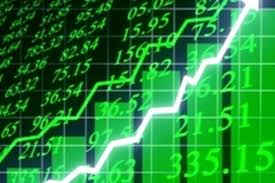 August 17, 2022 (MLN): Pakistan’s rupee, bonds, and stocks are rallying as investors bet the nation will win a bailout from the International Monetary Fund this month and avoid a default, as reported by Bloomberg.

Dollar bonds due in December were indicated at about 95 cents on the dollar on Tuesday from a low of 85 cents in July, as investors turn more confident the debt will be repaid.

The rupee surged 11% this month to 213.87 per dollar as of Monday, the biggest gainer in the world. The benchmark stock index climbed 9%, the top performer in Asia after Sri Lanka, it added.

Pakistan has adopted austerity measures to win approval from the IMF to resume its stalled bailout package as frontier nations from Egypt to El Salvador battle the threat of a default.

Fitch Ratings and Moody’s Investor Service said in late July they expect the nation to secure $1.2 billion from the IMF, while Saudi Arabia is said to renew its $3 billion deposit in assistance, easing financing pressure on Pakistan, it noted.

“After completing a slew of difficult prior actions, Pakistan finally received staff-level approval to resume and extend its IMF program, which should pave the way for board approval barring any policy mistakes,” said Patrick Curran, a senior economist at London-based research firm Tellimer Ltd.

“With the program back on track, Pakistan will be given additional runway to avoid a crisis,” he added.