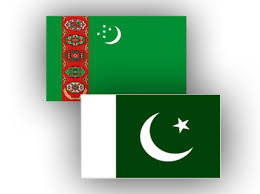 Mr. Ghulam Sarwar Khan welcomed the signing of the HGA as an important event in the history of the TAPI gas pipeline project.

The Federal Minister reiterated the governments complete commitment towards early and successful implementation of the project and remained hopeful that the ground breaking of the project can be held in Pakistan this year.

The Turkmen Foreign Minister apprised the Minster of his Government’s initiatives in ensuring that the timelines of the project are being met.

He appreciated the fact that the HGA has been signed through mutual agreement and consensus and welcomed Pakistan’s continued commitment and active interest in the TAPI gas project all the while appreciating the strong support being received by Pakistan towards the project.

The Turkmen Minister discussed with the Pakistani delegation his Government’s plan to make transport and energy corridor between Pakistan and Turkmenistan via Afghanistan and to lay an optic fiber network parallel to the route of the pipeline and see its possible extension till China.

TAPI gas pipeline project aims to bring natural gas from the Gylkynish and adjacent gas fields in Turkmenistan to Afghanistan, Pakistan and India.

The ADB is acting as the facilitator and coordinator for the project. It is proposed to lay a 56-inch diameter 1,680 KM pipeline with design capacity of 3.2 billion cubic feet of natural gas per annum (Bcfd) from Turkmenistan through Afghanistan and Pakistan up to Pak-India border.

There are two phases of this projectly, the first phase is free flow phase with estimated cost of 5 to 6 bn $. While second phase is installation of compressor stations with the cost of $1.9 to $2 billion. Civil works of the project have already commenced in Afghanistan after the project’s ground breaking (Afghan section) was held last year.

The tenders relating to this project will be analyzed in next 2 months. The construction equipment will be procured in May 2019 and the land will be acquired in July 2019.

Federal Minister Ghulam Sarwar Khan praised the current state of friendly bilateral relations between both the countries and expressed his satisfaction on the relations being expanded into fields such as technology.

Federal Cabinet decides not to increase prices of gas, electricity