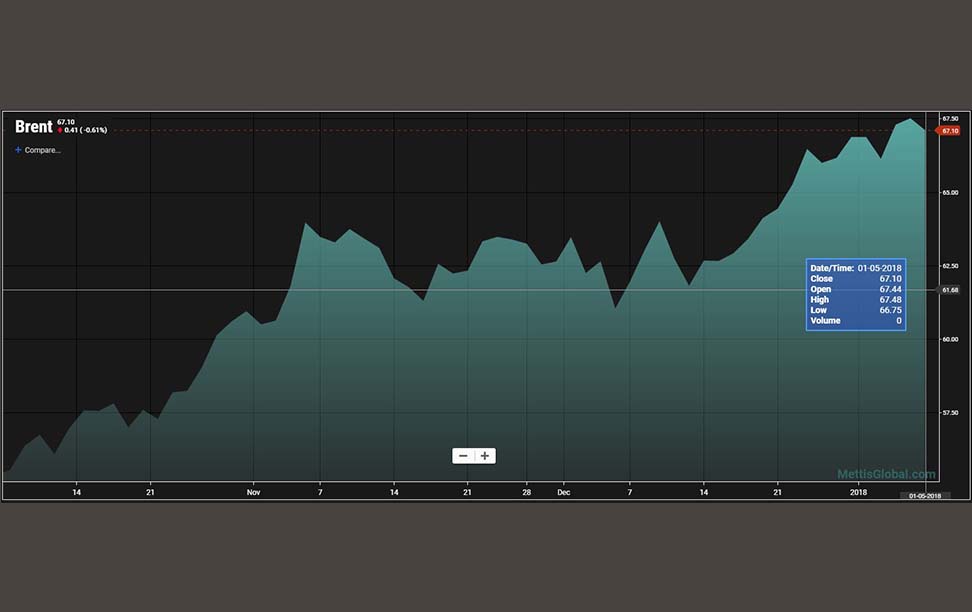 Oil prices remained rather steady on Monday as the US Production Rigs count declined. The Crude Prices have been holding on to their three-year highs after the prices reached to those levels last week.

Traders fear the US production will soon break the 10 million barrel per day very soon, takins US to the world’s third highest Oil Producer. Only Saudi Arabia and Russia pump more oil than US.

The US Oil Markets are booming at the moment, with domestic demand being filled with the local production, the investors fear the rising US Production will hurt the efforts led by OPEC and Russia to curb the ongoing glut.

However, Middle East turmoil would remain a key focus for oil markets, which he warned had the potential to “send oil prices rocketing higher”.