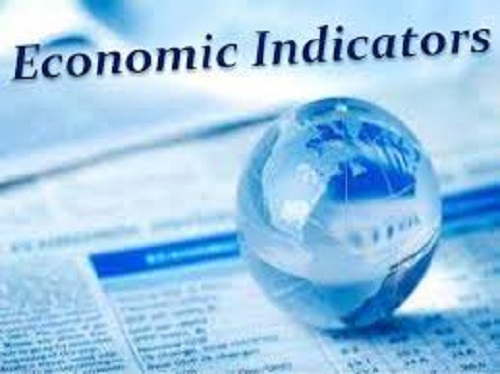 October 29, 2020 (MLN): The Monthly Economic Indicator (MEI), a useful indicator of ongoing overall economic activity for policy purposes, has shown persistent growth in September, in continuation with the trend observed in the previous two months based on available data. It follows that economic growth in the first quarter of FY 2020-21 has exhibited persistent recovery.

In absence of any adverse future shocks, the economy is on its way not only to rebound from the pandemic-related crises but also to record a reasonable growth rate for the full fiscal year.

The Finance Ministry in its monthly “Economic Update and Outlook” for October 2020, revealed that some of the data underlying the September MEI are still provisional and may be revised next month.

It is pertinent to mention that MEI is based on combining monthly data of indicators that are proven to be correlated with GDP at constant prices.

The composite leading indicator (CLI) compiled by OECD, shows that Pakistan’s most important export markets have fully recovered from the pandemic-led recession in the UK and China only. In the US and the European Area, the CLI remained below pre-pandemic levels. The newly imposed precautionary measures in some of these countries may slow down their near-term economic recovery.

Under the Government’s unprecedented measures to mitigate the impact of the pandemic and to revive economic activity, the fiscal sector has witnessed a substantial improvement during the first two months of FY2021 as it reduced to Rs 415 billion i.e. 0.9 percent of GDP against 1.2 percent last year on an account of 71% increase in non-tax revenues during July-August, FY2021. While FBR tax collection surpassed its target set by Rs 34.1 billion for Q1, FY2021.  Similarly, the primary balance posted a surplus of Rs 69 billion (0.2 percent of GDP) in the first two months of the current fiscal year against a deficit of Rs 55 billion (-0.1 percent of GDP).

Keeping in view the encouraging growth in FBR tax revenue collection and a significant rise in non-tax revenues, the Finance Ministry expects that both will maintain its pace in the second quarter as well. Thus, it is expected that the fiscal deficit will remain as targeted for Q2 FY2021 as well, however, the risk of high public spending due to COVID-19 may build pressure on expenditure in Q2 FY2021.

The first two months of FY2021 reflected a revival of economic activities in the country as LSM grew by 3.7 percent (-5.9 percent during July-August FY 2020). The positive growth in LSM is coherent with the further economic expansion in the main trading partners, and with the deceleration of the strength of that expansion.

On the external front, the Current Account posted a surplus of $792 million (1.2 percent of GDP) during Q1 FY2021 against a deficit of $1492 million last year (2.3 percent of GDP). In October, following the rebound in economic growth in Pakistan, imports may re-join their level recorded last fiscal year. On the other hand, it may be expected that exports will still lag somewhat since economic activity in most of the trading partners has not yet fully recovered, the ministry highlighted.

Currently, inflation is one of the main challenges for the government. In Pakistan, most recently, CPI remained driven by higher food prices, while non-food inflation remained moderate. However, the government is taking all possible measures to control it. Together with measures that ensure sufficient supply of goods, especially food-related production, it is expected that inflation will remain under control whereas policy measures will contribute to better-functioning markets. In recent weeks, the international food prices have rebounded somewhat, whereas oil prices declined, and the PKR exchange rate slightly appreciated against the USD, thus easing out inflationary prospects.

Most importantly, although the domestic economic activity is expected to recover, still the risk of pandemic attack persists if the SoPs are not fully followed. Thus, Pakistan’s near-term economic prospects are promising subject to reducing uncertainty and restoring business confidence.

November 24, 2020: Most Asian markets rose Tuesday as news that Donald Trump's team will now work with Joe Biden to begin his transition into the White House built on optimism that vaccines could soon be rolled out around the world.

However, the mood on trading floors continues to be tinged by surging virus infections and deaths that have forced governments to impose or consider reimposing economically painful containment measures.

The president tweeted that it was time for the General Services Administration to "do what needs to be done", though he remained steadfast in his claim that he won the election and would carry on with legal challenges to the result.

While the broad consensus has been that Trump would eventually admit defeat, there have been concerns about his refusal to allow Biden to begin work on pandemic response measures and national security matters.

"The power vacuum in Washington looks to be sucking less life out of the markets after the General Service Administration gave the nod to Biden as the apparent winner of the US election," said Axi strategist Stephen Innes.

"A strong spirit of cooperation between the Fed and Treasury is one thing of which we can now be assured," said National Australia Bank's Ray Attrill.

CPEC to ensure prosperity and progress beyond Pakistan

Pakistan improves rank on border index due to implementation of TFA:...