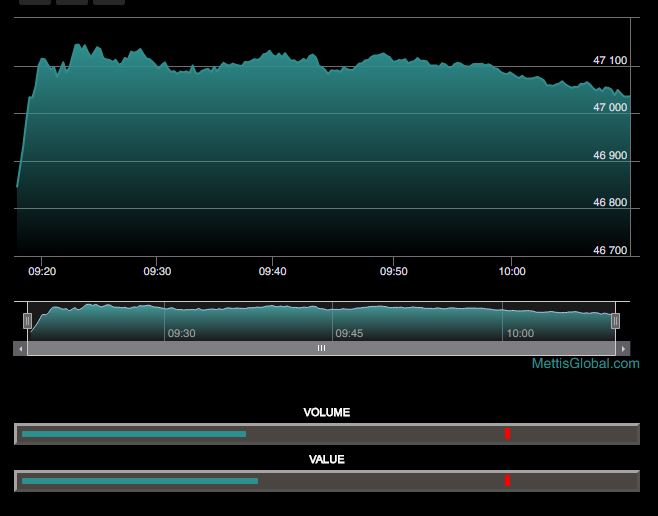 Karachi Stock Exchange 100 Index in the first 60 minutes of trading has managed to gain more than 400 points. Index has been significantly bullish on the Amnesty Scheme by Prime Minister Shahid Khaqqan Abbasi and the decision of International Islamic Trade Finance Corporation to lend $ 3.285 billion to Pakistan.

The scheme launched by PM Abbasi currently being dubbed as “the mother of all amnesty schemes” has announced some radical changes in the tax structure and declaration of wealth.

Commercial Banks, Fertilizer, Power Generation and Oil led the index during early trade as volumes are expected to be significantly higher currently at 51.933 million valued at 4.732 billion.

Analysts expect that the market is to remain buoyant in the coming months as these measures will definitely help bring in foreign capital and illicit domestic wealth. Despite the failures of previous amnesty schemes, the market anticipates that the changing laws regarding anti money laundering and compliance throughout the Gulf and West will definitely be a motivating factor for evaders to declare their wealth.