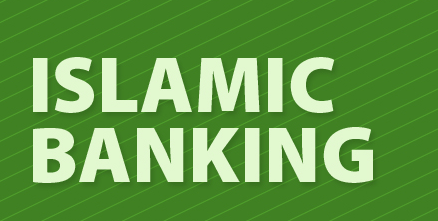 Assets of Islamic banking industry have increased by 2.8 percent during the quarter January to March, 2018 and were recorded at 2,334 billion rupees, compared to 2,272 billion rupees in the previous quarter.

The share of net financing and investments in total assets (net) of Islamic banking industry stood at 54.9 percent and 22.7 percent, respectively by end March, 2018.

Decision regarding wheat support price to be taken next week: Fakhar Imam

NEPRA recommends One Electricity Generation Basket for cost-effectiveness in Pakistan

The financial results announced today were also accompanied by a third interim cash dividend for the nine months ended September 30, 2020, at Rs 1.5 per share i.e. 15% in addition to an aggregate amount of the first and second interim dividend already paid at Rs 3 per share i.e. 30%.

Moreover, the investment income of the insurance company went up by 11% YoY to Rs 9.50 billion.

During the period, the rental income and other income jumped by 10% YoY to Rs 89 million. On the other hand, other income plunged by 21.4% YoY to stand at Rs 170 million.

Meanwhile, the tax expenses of the company went up by 12% YoY to Rs 1.22 billion.

Decision regarding wheat support price to be taken next...

October 22, 2020: Minister for National Food Security Fakhar Imam has said the decision regarding wheat support price will be taken next week.

Chairing a meeting in Islamabad on Thursday, he emphasized the need for enhancing the production of wheat.

The growth in earnings was led by a 39% increase in net interest income, coupled with a 44% rise in the non-interest income. The latter mainly saw contribution from gains on securities, whilst other components reported meagre declines.

The Bank incurred operating expenses of Rs. 14.9 billion, i.e. 13% higher than the same period of last year. Other expenses such as Workers’ Welfare Fund and Non-core charges showed a decline of 51% and 57%, respectively.

However, there were some setbacks faced in the form of provisioning cost and income tax expense, which rose by 81% and 86% respectively.

The major reason for such a significant decline in profits was i) almost no change in revenue and ii) higher cost of goods sold. These two factors caused the gross profits to decline by 55%.

While there were some positive changes such as a 21% decline in administrative expenses, 36% decline in other expenses and 85% decline in finance costs, their impact on the profit before tax was disguised as it fell by nearly 68%.

The company paid an income tax expense of Rs. 7.6 million during the period, which is around 43% lower than the same period of last year.

October 22, 2020 (MLN): National Foods Limited (NATF) has announced its financial results for the three months ended on September 30, 2020 wherein the bottom-line of the company grew by around 43% YoY, to Rs 594 million, translating into an EPS of Rs 3.54 when compared with the same period last year in which net profits were recorded at Rs 416 million (EPS: Rs 2.98).

During the 1QFY21, the top line witnessed a surge of 12% YoY to Rs 8.09 billion owing to the continuous growth of volumetric local sales, resulting in an 8.5% YoY increase in gross profits despite an increase in the cost of sales.

On the cost front, the positive highlight is the decrease in its major expense heads as distribution cost came down by nearly 8% YoY due to sales and marketing promotion while administrative cost and other expenses jumped by 27% and 5.46%, YoY, respectively.

As per the financial statement issued by the company, the other positive highlight includes an 18% decrease in financial charges on the back of a steep decline in interest rate.

Meanwhile, the company paid taxes worth Rs 189 million, ballooned by 25% YoY, restricting the growth in the company’s net profits.

Multinational company to set up $110m manufacturing facility at SIE

Closing Bell: PSX crashes by 785 pts as investors get cautious over rising Indo-Pak...

Dolmen City REIT reports 29% decline in revenue due to rental...

TPL Insurance approves an equity investment of up to 19.9% by...