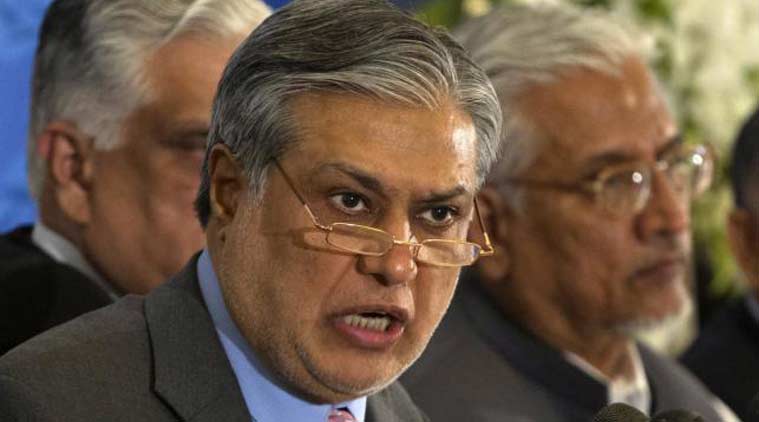 Senate Standing Committee on Finance has asked Federal Minister of Finance, Mr. Ishaq Dar to immediately resign from his office as it continues to mar the sanctity of the office and lends bad image to Pakistan’s financial sector.

Several Committee members including chairman of the Committee Saleem Mandviwala have asked Ishaq Dar to resign. One of the members of Committee said that Mr. Dar has been summoned by NAB for inquiry into the pending cases against him yet he is sitting in London.

Mohsin Aziz one of the members also asked Ishaq Dar to resign as arrest warrants against his name have been creating a bad name for Pakistan and Democracy.

Yesterday, National Accountability Bureau (NAB) issued bail able arrest warrants for Mr. Ishaq Dar and seized his bank accounts and properties as an accountability court initiated proceedings against him in a corruption reference.

The Lahore NAB wrote a letter to State Bank of Pakistan saying, “the bank accounts of Mr. Ishaq Dar, Federal Minister, may be cautioned” as there was a reference pending against the Minister. NAB also informed all of the provincial and district authorities to stop any transactions involving Mr. Ishaq Dar’s properties or assets.