HomeEquityIndex up by 136.41 points
Equity 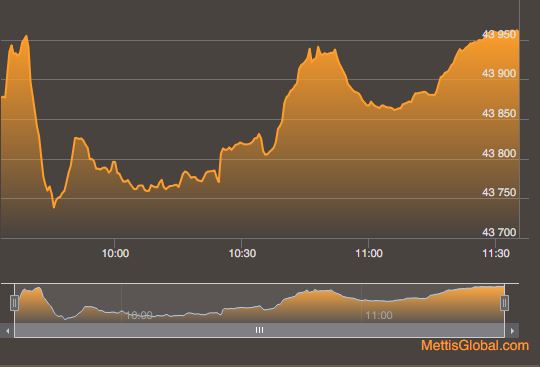 Oil and Gas Exploration Companies, contributing 56.35 points positively in the market as Oil prices increase in the International market.

OMC sector is positive by 29.75 points today might as according to the yesterday’s news, The Economic Coordination Committee (ECC) of the Cabinet on Tuesday provided a legal cover to Rs7.34 billion payments already made to Oil Marketing Companies (OMCs) as price differential claims (PDCs) for period 2007-12 on imported petrol. The ECC accorded an ex-post facto approval for Rs7.34bn paid during previous years to OMCs against their PDCs” that was ‘duly verified and audited’.

Cement Sector is positive by 52.60 points as according to the news, the prices of cement bag go up by Rs10/bag in the northern region and the Supreme Court’s outcome is positive for the cement companies, contrary to market expectations.

Moreover, according to the press release, Minister for Power Division Awais Ahmed Khan Leghari has announced that the 1,230-megawatt re-gasified liquefied natural gas (LNG)-based power project at Haveli Bahadur Shah has started electricity production, which has the world’s highest efficiency rate of 62.5%.

Textile sector to contribute positively because of the news that Prime Minister Shahid Khaqan Abassi has assured that new textile package will be announced within the next couple of days.

Commercial Banks are also to contribute positively in the market, in accordance with the news that Finance Minister Miftah Ismail on Wednesday assured the banking sector of revisiting super tax and other measures proposed in the budget for the next fiscal year of 2019.

Furthermore, Food and Personal care product’s sector is down by 10.45 points as profit taking has been observed in this sector.

Fertilizers are down by 4.17 points.