HomeEquityGSK’s net earnings drop by 2.5% owing to a rise in finance...
Equity

GSK’s net earnings drop by 2.5% owing to a rise in finance cost 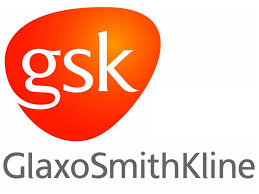 October 28, 2019(MLN): GlaxoSmithKline Pakistan Limited (GSK) has announced its financial results for the nine months ended on September 30, 2019.  As per the results, it has posted its net earnings of Rs. 1.7 billion, around 2.5% lower than the same period of last year.

The company’s net earnings declined on the back of increased finance cost which rose to 3.4x YoY to Rs 275 million.

During the period, the sales revenue were up by 2.18%, but more than a proportionate increase in the cost of sales made the gross profits decline by 12.57%.

The effective focus on cost control as an operating cost and selling & distribution cost slumped by 18% YoY and 6% respectively whereas upsurge in other income by around 81.6% YoY, provided a cushion to its net earnings.

Other than this, GSK’s basic and diluted earnings per share have been reported at Rs 5.65 per share while those recorded last year were Rs 5.87per share.