Govt focusing on timely completion of transactions for revival of PSM 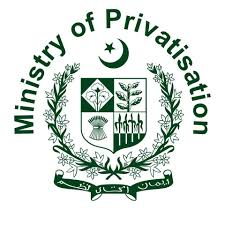 July 7, 2021: Federal Minister Mohammed Mian Soomro chaired a review meeting in the Ministry today.  The current status and progress in privatisation of entities in the active privatisation list was reviewed.

The latest report regarding the progress made thus far in the transaction of SOEs was presented and various issues were discussed in detail. These include Federal government properties across Pakistan, 23 out of 27 were auctioned last year; for the remaining unsold properties EOIs are already published for hiring the financial advisors.

For Heavy Electrical Complex (HEC) five investors were prequalified and the transaction is most likely to be completed in the first quarter of the current FY, for Jinnah Convention Center (JCC) the expected date of transaction completion is in the month of December this year.

The matters relating to SME, First Women Bank and House Building Finance Corporation (HBFCL) are also taken up with the State Bank of Pakistan and other relevant forums; the board for first women bank is nominated which will update the financials and audit reports to proceed with the privatisation process.

The privatisation of National Power Parks Management Company Limited (NPPMCL) which is the major prospective transaction of the whole privatisation plan is also discussed in the meeting. The mostly issues associated with this complex transaction have been resolved including land conversion, draft scheme for the demerger of NPPMCL into two companies, water usage, and for those remaining are actively pursued.  A sub-committee to that effect had also been constituted.

Federal Minister Mohammed Mian Soomro said that NPPMCL is very important and we are consistently and minutely following the tracks which would lead us to the early completion of this transaction. The bidders which were shortlisted last year are again engaged to complete the buyers’ side due diligence after site visits. For matters relating to the transactions of Nandipur Power Plant (NPP) and Guddu Power Plant concerned Ministries are approached and Federal Minister directed to resolve the issues on fast-track basis.

For the revival of Pakistan Steel Mills Corporation the transaction structure was approved in December 2020, according to which a subsidiary was to be formed for transferring the identified assets and subsequent sale of majority shares of the newly formed subsidiary without transferring the ownership. In order to reach at the eventuality certain corporate actions are required on part of the stakeholders, which are pursued by the Ministry of Privatisation. In the upcoming PC Board meeting the salient features of the transaction structure of PSM and would be discussed.

Federal Minister for Privatisation said that the focus is on the timely completion of the transactions which were already extended due to the Covid-19 Pandemic. He further said that we are resolved to compress the timelines for the transaction completion of the identified entities and putting an all-out effort to improve the efficiency of these public sector entities on the one hand and reduce the fiscal burden on the economy on the other.