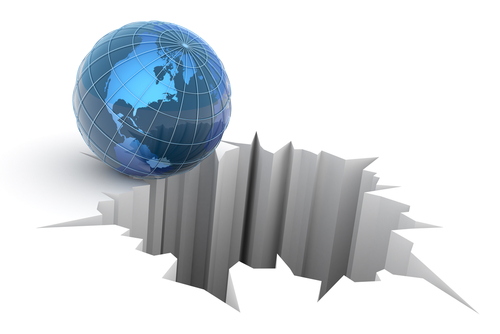 “European equity markets have been rocked by the rising trade tensions between the US and China,” said IG analyst David Madden.

“There is a feeling that China could inflict a lot more pain on the US in terms of the trade spat, and many traders are worried the economic conflict will rumble on for some time.”

Trump's announcement late last week means virtually all of the $660 billion in annual merchandise trade between the world's two biggest economies will be subject to punitive tariffs, with the latest duties to take effect September 1.

The news saw all three major Wall Street indices slump to their lowest levels since June, with the S&P 500 and Nasdaq recording their worst weekly losses of 2019 on Friday.

In China, the yuan dropped to its lowest level to the dollar since August 2010, fuelling speculation that Beijing was allowing its currency to decline to support exporters and offset Trump's latest threat to hit $300 billion in Chinese goods with 10 percent tariffs.

The US leader regularly accuses the Chinese central bank of artificially weakening the yuan — charges long denied by Beijing.

On Monday, the dollar soared to 7.0499 onshore yuan — the Chinese currency's weakest level since 2008.

The dollar surged to 7.1114 offshore yuan, which is more freely traded.

“The fact the Chinese central bank allowed the yuan to fall through the 7.0 mark against the US dollar without intervening is a clear indication that Beijing means business,” Madded added.

“The softness in the Chinese currency should assist domestic exporters, but it could be construed as a dig at the Trump administration.”

Multiple rounds of tit-for-tat tariffs between the world's top two economies have already battered trade, with China's American imports shrinking 30 percent in the first half of the year.

Beijing has vowed to hit back if Washington goes ahead with its latest threat, while news that demand for US exports had weakened underscored concern that trade was becoming a trouble spot for economies worldwide.

“China is likely to drag out their response and retaliate in many ways against the US trade measures,” warned analyst Edward Moya at trading firm Oanda.

Negotiators from both nations are expected to reconvene in Washington in early September for another round of talks after last week's discussions in Shanghai, but investors remain nervous, he added.