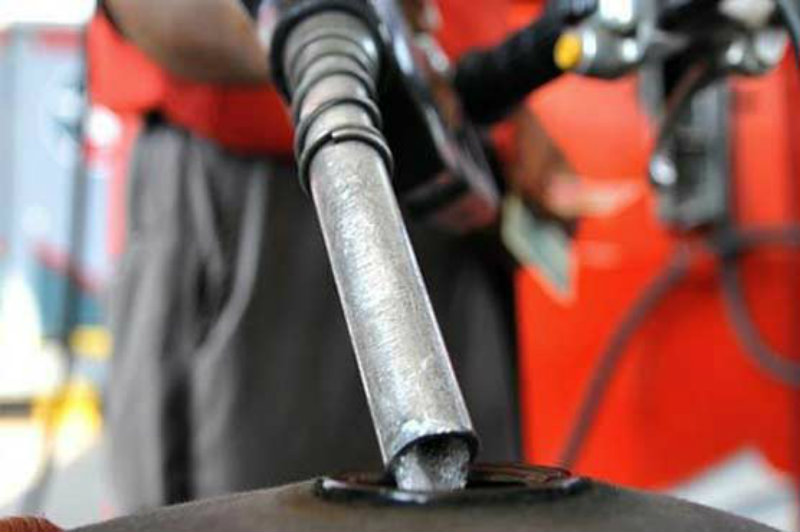 In apparent backlash of the falling value of Pakistani rupee against the US dollar in local market and an increase of crude oil prices in the international market, the Oil and Gas Regulatory Authority (OGRA) is expected to raise the petroleum products prices by Rs10 for January.

As possible repercussions of Pakistani rupee’s falling value on the economy, the regulatory body has suggested a rise in petroleum products’ prices to the federal government, a private television channel reported Wednesday.

The new prices will come into effect from January 1, 2018, if the federal government approved the OGRA recommendations.

Besides depreciation of Pakistani rupee, the crude oil prices in the global market has also witnessed an increase of $2 per barrel in the month of December.

On Dec 13, the Pakistani rupee fell for a third straight session after the central bank withdrew its support, effectively devaluing the local currency.

The rupee, which had been mostly traded in a tight range of 104-105 per dollar since December 2015, was shed over 5 percent in the past three sessions.

Keeping in view the economic backlash, the analysts then called for arresting the devaluation of Pakistani currency to avert further financial burden.

All Pakistan CNG Association (APCNGA) central leader Ghyias Abdullah Paracha then said that energy is the largest import item of Pakistan and volatility in the exchange rate would undoubtedly hike prices of oil and gas, which were already increasing in the international market.

Government to spend Rs3bln on agriculture sector in KP