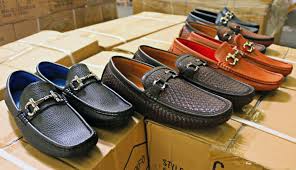 April 30, 2019: The footwear exports from the country witnessed an increase of 11.42 percent during the first three quarters of the current fiscal year compared to the corresponding period of last year.

Among these, the exports of leather footwear witnessed a growth of 10.01 percent as it surged from $72.073 million during last fiscal year to $79.285 million during the current year.

The canvas footwear exports from the country stood at just $0.075 million during the current year against $0.191 million during last year, showing decline of 60.73 percent.

However,  the exports of all other footwear commodities increased by 24.95 percent during the period under review as these went up from $8.570 million last year to $10.708 million during the current fiscal year.

During the month under review, the leather footwear exports decreased by 10.95 percent, canvas by 100 percent, however that of all other footwear commodities increased by 2.21 percent.

On the other hand, the month-on-month exports of footwear, witnessed  decreased of 11.52 percent during March 2019 when compared to the exports of $11.029 million in February 2019, the PBS data revealed.

It is pertinent to mention here that the country's merchandize trade deficit plunged by 13.02 percent during July-March (2018-19) as the deficit contracted by over $3.544 billion to $23.672 billion in the period under review against the deficit of $27.216 billion recorded during same period of the previous year.

On the other hand, the imports declined by 7.96% to $40.755 billion from $44.281 billion recorded during first nine months of current fiscal year, the data revealed.