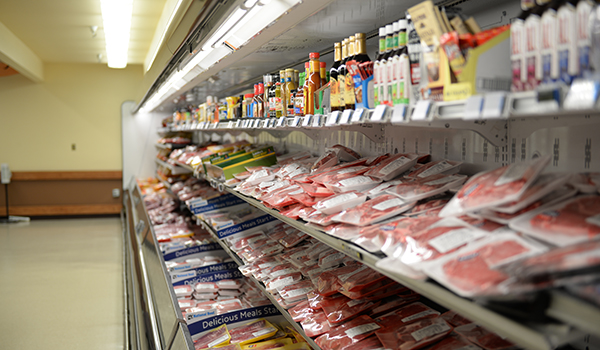 During the period from July-January, 2018-19 different food commodities worth US $2.463 billion were exported as compared the exports of US $2.404 billion witnessing growth of about 0.059 billion, according the data of Pakistan Bureau of Statistics.

Meanwhile, imports of food commodities during the period under review was reduced by US$ 0.013 billion and was recorded at US $3.464 billion as compared with the US $3.77 billion of the corresponding period of last year.

The increase in exports and decrease in imports were mainly attributed to the efforts made by the government for curtailing the current deficit by discouraging the imports of unessential and luxury goods and encouraging the exports.

During the last seven months, the exports of the commodities which had witnessed positive growth including basmati rice by 19.51 percent, fruits 20.64 percent vegetables by 9.80 percent, spices 14.44 percent and oil seeds and nuts by 130.57 percent.

The other commodities with positive growth in their respective exports including meat and meat products by 6.92 percent, spices by 14.44 percent and all other food items by 8.45 percent, the data showed.

During the period from July-January, 2018-19, the imports of food commodities with negative growth included milk cream and milk food for infants by 9.60 percent, dry fruits and nuts by 70.28 percent spices 7.17 percent soybean oil by 53.31 percent and palm oil by 8.91 percent respectively.

On the other hand exports of the food group from the country in month of January was recorded at US$ 468.799 million, which was stood at US$ 469.446 million of same month of last year.