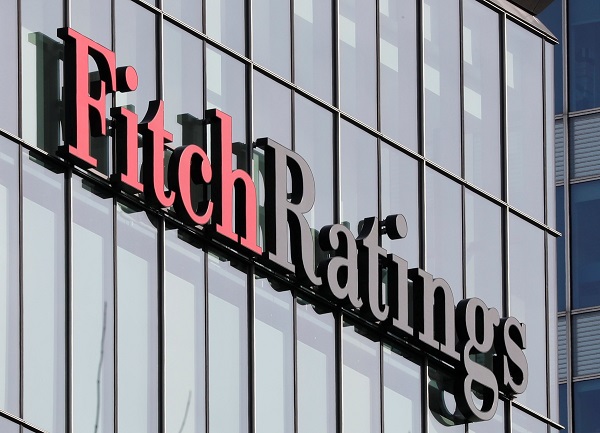 Fitch’s updated US interest rate forecasts reflect the major pivot by the Fed at its policy meeting on 14-15 December 2021, prompted by evidence that inflation is broadening and underscored by the meeting minutes.
The previous forecasts (a single 25bp rate rise in 2022 and two in 2023) would have taken the upper bound to 1% at end-2023. These forecasts, published in its Global Economic Outlook on 7 December 2021, pre-dated the Fed’s meeting, in which it signaled that net asset purchases will probably cease in March 2022, and markedly changed its language on inflation.

Most significantly, the Fed described inflation as having exceeded 2% ‘for some time’, suggesting that recent increases have already compensated for earlier shortfalls under the Fed’s flexible average inflation targeting (FAIT) strategy announced in mid-2020. FAIT does not formally define the period over which inflation should average 2%.

The minutes indicate that most Federal Open Market Committee (FOMC) participants think the condition of maximum employment – criteria for raising rates alongside price stability set under earlier forward guidance – will likely be achieved relatively soon. Also, the Fed is now characterizing inflation as a potential threat to a sustained economic recovery and emphasizing the need to anchor expectations to avoid sharper policy tightening later on.

To note, Fitch’s previous US policy rate forecasts were already consistent with 2022 being the year in which the Fed’s focus pivoted towards combating inflation risks. Higher-than-expected inflation outturns and rising wage growth and services inflation (including rental inflation) have raised Fed concerns that inflation is broadening beyond the pandemic-related goods price shock, potentially warranting earlier or faster rate rises. 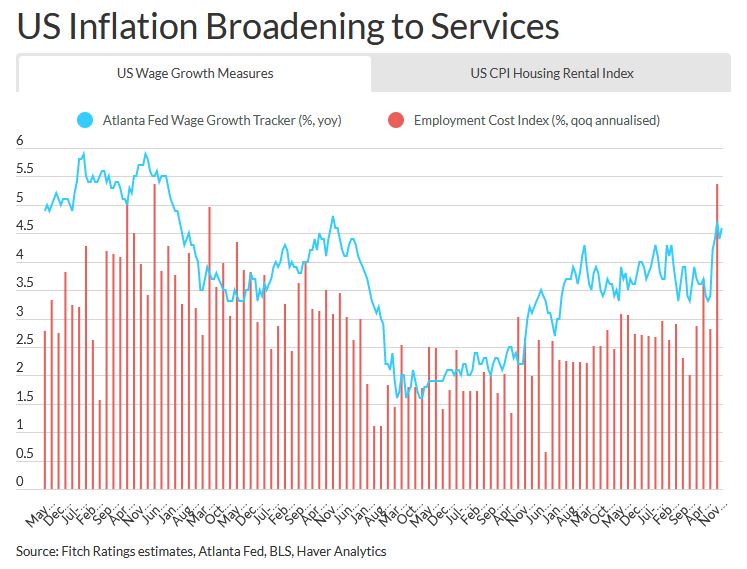 Meanwhile, continuing labor shortages amplify the risk of further increases in wage growth. Recent data showed the US labor force participation rate was unchanged at 61.9% in December 2021, while the unemployment rate had dropped to 3.9%.

The report believes this year’s rate rises will come at the Fed’s June and September policy meetings. The omicron variant may delay the advent of maximum employment ahead of the March meeting. According to Fitch’s calculations, US payrolls are still about 2 million below this level. 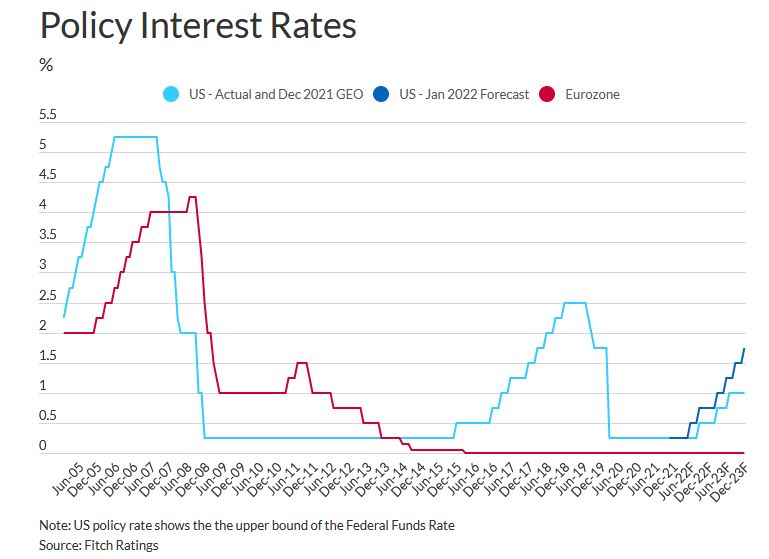 Moreover, the interval between ceasing net asset purchases and raising policy rates will be much shorter than in 2014-2015, but the report deliberates the Fed remains committed to predictable sequencing of its policy tightening measures and will want to monitor the financial market reactions after asset purchases are phased out. December’s ‘DOT plot’ showed a median expectation among FOMC members of three rate rises this year but does not constitute formal forward guidance. The move to unanimity on the need for a rate rise in 2022, from a 50-50 split at September 2021’s policy meeting, was arguably more significant.

Fitch has not changed its US or global GDP forecasts from December’s Global Economic Outlook. The report is of the view that the private sector is relatively well prepared for higher US borrowing costs, but our updated forecasts reinforce the prospects for higher US Treasury yields and a stronger US dollar against the euro and the Chinese yuan. Despite increases in recent weeks, real yields on inflation-protected bonds remain historically low. The report believes the full normalization could see US nominal interest rates rise to about 3% over the medium-to-long term, potentially pushing up global rates.

“The pressures pushing prices to multi-decade highs are likely to last till the middle of the year, and the US central bank is ready to respond to this risk, but policymakers are committed to extending the economic expansion to promote employment,” Federal Reserve chief Jerome Powell said Tuesday.

Underlining the likelihood interest rate increases are coming, he said to lawmakers in response to the Covid-19 pandemic, “The economy no longer needs or wants the very highly accommodative policy.”  The world's largest economy is on a strong footing, and with inflation rising and employment recovering.

Samer Edmond takes charge of Nestle Pakistan as the CEO

Most of foreign investment came to Pakistan through CPEC: Ahsan Iqbal

LMSM in process of reverse merger with Liven Pharmaceuticals