Falling Remittances: How to catch breath?

December 20, 2022 (MLN): November was the third successive month wherein the workers’ remittances recorded a continuous month-on-month decline in inflows that stood at a 27-month low to $2.1 billion mainly due to the increasing spread between official and informal channels.

Since the difference between official and Hawala/hundi rates become fairly noticeable, the general public finds the latter more profitable as it saves thousands of rupees.

Out of total remittances, around 25%, and 18% of inflows come from Saudi Arabia, and UAE-based expatriates, each diving by 20% YoY while these countries are not suffering from significant economic challenges. 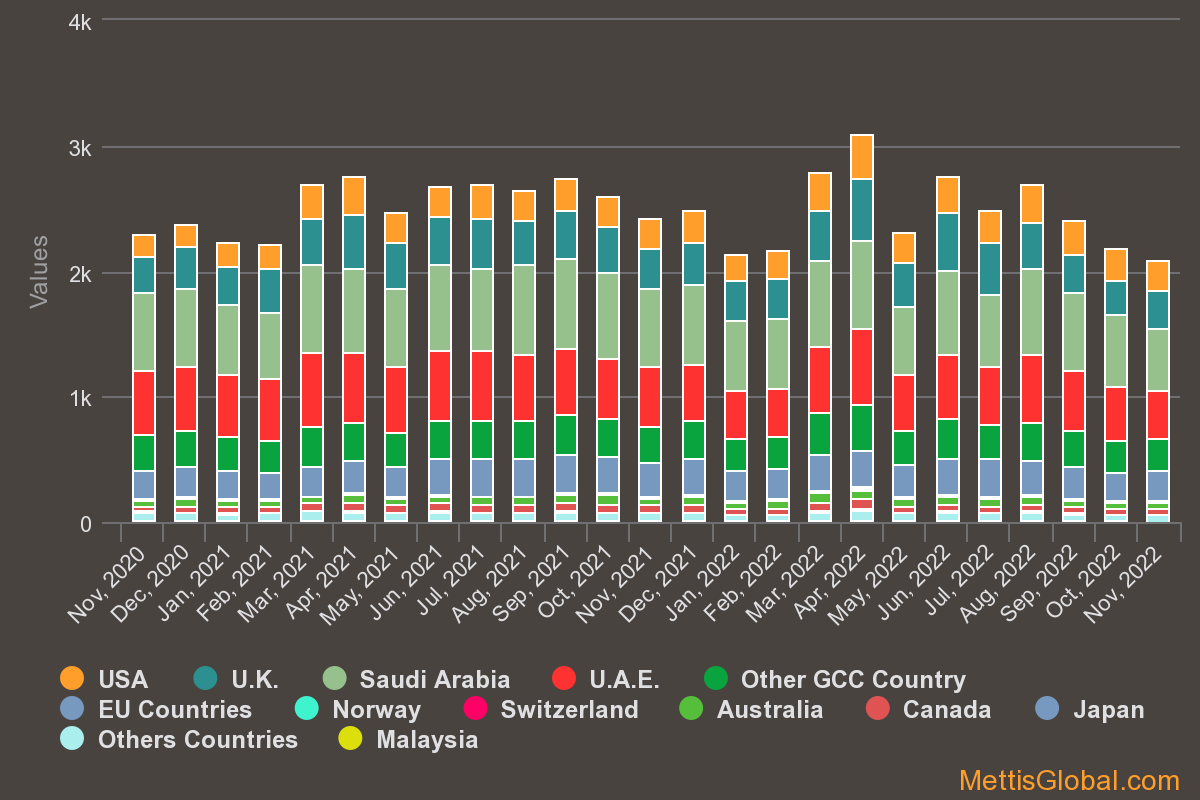 Then, why there is a significant drop in remittances from these countries? Why overseas Pakistanis are sending less money (as per official data)?

Off the record, the simplest answer is the migrants’ preference for the informal channels to send their money back homes opting for black-market premia in the parallel exchange markets.

Lately, the gap in dollar rate broadened between the formal and informal markets which have channeled a large chunk of remittances through hundi, hawala, etc.

While in some cases, due to colossal increases in the exchange rates, expats send lesser amounts of foreign exchange as after conversion, the amount in PKR is way more than the family needs.

As per sources, Afghan coal importers who trade coal against PKR, also convert the local units into dollars in Pakistan and send them to Afghanistan through Hawala/Hundi.

People from Afghanistan also buy dollars under the cover of Hawala Hundi which also creates pressure on remittances.

Resultantly, on paper, the drop in remittances through official channels created a shortage of dollars and it has become a difficult task to get dollars from the open market.

Is there any dollar shortage in real?

On practical grounds, there is NO shortage. If a person is willing to pay a few more rupees to get a dollar, he can easily exchange it not only from the black market but also from a registered exchange company.

Probing deeper, MG Link News sent an official to a local money exchanger to get some dollars for traveling purposes, wherein the official was told that dollars are not available due to so-called SHORTAGE.

However, after forcing a bit, he was offered to get the required amount of dollars but at higher rates, say Rs 248-258 per US dollar.

Certainly, there is emerging another grey market from the desk of official channels and people are conveniently buying dollars through it by paying some extra cash.

There is a dire need for a strong surveillance system and strict checks on these official desks.

How to put a stop to the declining trend of remittances?

The government can attract expats through official exchange channels by giving them a few incentives including concessions on utility bills of the expats’ families living here in Pakistan.

Furthermore, tax incentives should be provided to the families who receive their remittances through official channels. This way, overseas Pakistan would see a greater difference in terms of the benefits of using the official channels.

It has also been noted that the general public purchases dollar for investment purposes as safe haven given the deteriorating economic conditions and rising dollar rates. This unnecessary buying without showing any valid proof of requirement has to be ended.

A one-stop solution should also be provided for opening foreign exchange accounts for the general public so that people who keep dollars physically at home would find a more secure way to keep them.

In addition to this, the government also needs to further tighten spending through credit cards and cap the limit to a maximum of $5000 per person.

Buying from exchange companies should also limit under this cap.