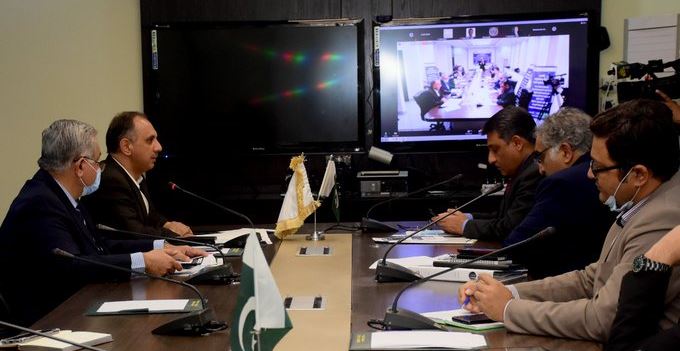 January 28, 2021: The construction work on 113 kilometers electricity transmission lines from the Pak-Afghan border to Nowshera under CASA-1000 Power Transmission Project from Central Asia to Pakistan was inaugurated on Wednesday.

The transmission lines are being constructed to import excess hydropower generated in Kyrgyzstan and Tajikistan to Pakistan through Afghanistan under the South Asia Central Asia Regional Trade and Transmission Project.

Speaking on the occasion, Omar Ayub said the project will support economic integration among four participating countries through establishing the regional electricity connection and the creation of an integrated electricity market.

He said it will also positively contribute towards energy security since the energy mix of Pakistan has been strengthened through a substantial amount of cross-border import and export of electricity.

The Minister said the government has set ambitious targets to introduce 25 percent renewable energy by 2025, and 30 percent by end of 2030 including 40 percent share of hydel power generation into the energy mix of the country.