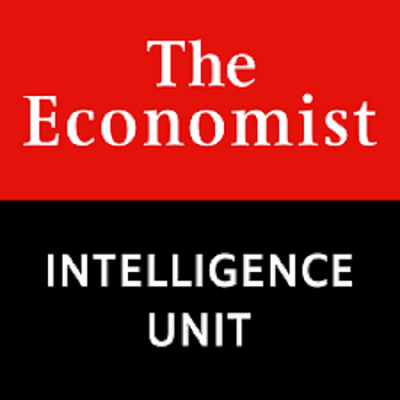 March 27, 2020 (MLN): Economist Intelligence Unit’s latest report on ‘Worldwide Cost of Living 2020’ has ranked Hong Kong, Singapore and Osaka as the top most expensive cities to live in.

‘As with last year’s Worldwide Cost of Living Survey, and for only the second time in the survey’s history, three cities share the top spot as the world’s most expensive to live in. Like last year, Hong Kong and Singapore continue to occupy two of those places. However, this year also marks change, with a Japanese city, Osaka, climbing three places to join Hong Kong and Singapore at the top of The Economist Intelligence Unit’s rankings’ the report said.

‘In previous years, eurozone cities have typically moved up and down the index in tandem, and often in contrast to non-euro area European cities. However, this time there is a much clearer trend across all European cities. Modest domestic demand and weak global energy prices have kept inflationary pressures subdued across Europe in the past year. Of the 37 European cities surveyed, the index scores in all but four—Moscow, St Petersburg, Kiev and Istanbul—have fallen, with 31 experiencing a fall in overall rank’.

At the lower end of the rankings, high inflation partly as a result of depreciations and devaluations of local currencies in previous years conversely led to some biggest rises in prices. Venezuela’s capital, Caracas, saw its cost of living rise by 140% in 2019, while the cost of living in both the Iranian capital, Tehran, and Turkey’s Istanbul rose by more than 13%, owing to currency-driven inflation.

Taking an average of the indices for all cities surveyed, and using New York as the base city, the cost of living has fallen by around 4% on average across the 133 cities surveyed. This mainly reflects the impact on global currencies of easing monetary policy, uncertainty around the US-China trade war (which has put pressure on some emerging-market currencies) and the strength of the US economy’.

The report further stated that there was not the same volatility in emerging-market currencies in 2019 as seen the previous year, partly because looser US monetary policy eased investor fears. Yet, the relative appreciation of the US dollar, combined with slow growth elsewhere and specific domestic policies, continues to play a major part in driving the biggest movements of cities across the index.

‘Istanbul, the sharpest climber in the rankings, was deeply affected in 2018 by a currency crisis, leading to a 48-place fall last year as the Turkish lira lost considerable value. Although the lira remains weak, it has strengthened in comparison with its nadir in the third quarter of 2018. This, combined with double-digit inflation, led to a 24-place rise in our rankings, to 96th.’

‘The cheapest cities in the world have seen only limited change in the rankings, but they do also demonstrate two key trends. First, South Asian cities still make up the largest geographical grouping in the bottom ten places, with Pakistan’s Karachi (joint 129th) and three Indian cities, Chennai (126th), Bangalore (125th) and New Delhi (joint 122nd), all ranked among the cheapest.’

‘Despite rapid population growth and fast-growing economies in the region, South Asia remains structurally cheap as a result of low wages and high levels of income inequality, which limit household spending, as well as strong retail competition, suppressing potential price rises. Nevertheless, this year continues the gradual rise up the rankings of the cheapest Indian cities.’

‘Five years ago, South Asian cities made up four of the five cheapest cities in our index, whereas Karachi is now the only such city, with Bangalore climbing out of that bracket this year. The second (related) trend is the increasing prevalence among the lowest-ranked cities of major domestic political and economic instability.’

The broader trends of rising political instability and ongoing currency risks observed by The Economist Intelligence Unit are likely to continue to play an increasingly important role at the bottom of the index in 2020, over and above traditional structural factors such as those seen in South Asia, it added.