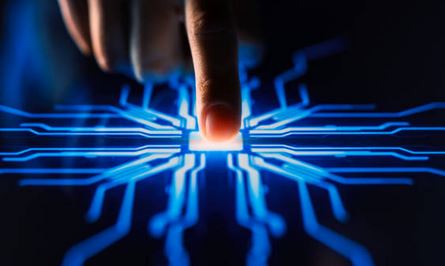 October 15, 2021: The digital economy is one of the keys to advance high-quality development as the profound changes in the world unseen in the century and the pandemic situation are intertwined.

An industry officials stated this during World Digital Economy Conference 2021, which kicked off in Ningbo, East China's Zhejiang province on Friday.

“The high-quality development of the digital economy is significant as the novel coronavirus pandemic has put huge pressure on economic globalization,” said Jiang Mingtao, China's vice-minister of the Ministry of Industry and Information Technology, the nation's top industry regulator, while addressing the opening ceremony of 2021 WDEC.

Jiang called for more efforts to accelerate development of the digital economy in terms of core technologies, digital transformation, digital market and business environment of the industry, China Daily reported .

Zhou Zixue, deputy head of the China Federation of Electronics and Information Industry, pointed out that despite the unprecedented challenges brought by the pandemic and a complex and stern international environment, the electronics and information industry in China, had been making strong efforts to promote fast development of smart manufacturing, modern agriculture and modern services.

Zhou said in the first eight months of the year, the country's added value of electronic manufacturing industries above designated size increased 18 percent

year-on-year, four percentage pointed higher than that of all manufacturing enterprises above designated size.

Lu Shan, vice-governor of Zhejiang, stressed that the digital economy had become a pivotal engine of the high-quality development of the province.

According to Lu, the core digital economic industries above designated size garnered more than 1.78 trillion yuan (US $ 276.5 billion) in revenues in the first eight months of this year, up 31.9 percent year-on-year.

Lu noted that during the 14th Five-Year-Plan (2021-25) period, the Hangzhou Bay area would be built into a world-class digital bay area while Hangzhou focused on developing into the nation's foremost city in terms of the digital economy and Ningbo aimed to build itself into a national digital economy demonstration city.

The World Digital Economy Conference, which provided a platform to display the latest technology, products and studies on the digital economy, would facilitate the high-quality development of the digital economy not only in Zhejiang but also in the nation, said Peng Jiaxue, Party chief of Ningbo.

The conference coincided with the 11th Smart City and Intelligent Economy Expo which kicked off on the same day in Ningbo.

Covering an area of 20,000 kilometers, the expo, which was slated to run until Oct 17, attracted nearly 200 digital economic companies and organizations.

An online exhibition was being held concurrently, with nearly 1,200 enterprises participating.