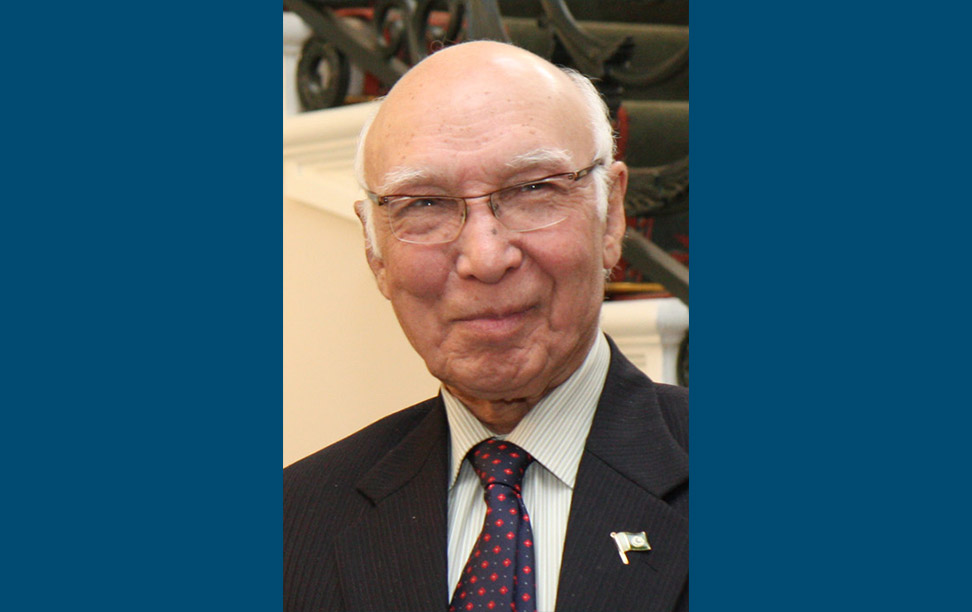 “Special Economic Zones along the length of the Corridor would spur growth and economic opportunities for the entire region,” Sartaj Aziz said while talking to Secretary General of SCO Rashid Alimov who called on him here today.

Sartaj Aziz conveyed his deep appreciation for the strong support and facilitation extended by the SCO Secretariat in the process of Pakistan’s accession to Shanghai Cooperation Organization in June 2017.

Rashid Alimov, who is also former foreign Minister of Tajikistan said, the full membership of Pakistan and India in SCO, will greatly enhance the development prospects of the entire region.

Aziz said that “Shanghai Spirit” as enshrined in the SCO Charter and the Treaty on long-term neighborliness, friendship and cooperation serves to promote our shared vision of mutual trust, benefit, equality, consultation, respect for cultural diversity and pursuit of common development.

“Regional connectivity is one of the seven goals of Pakistan’s Development Vision 2025 and is an important element of SCO’s Development Strategy 2025” he added.

He said that Pakistan was ready to take concerted measures which are aimed at further expanding mutually beneficial trade, economic cooperation and connectivity in the SCO region. He also said that Pakistan encourages trade and transit through its territory as government was upgrading infrastructure, roads, railways and ports as Pakistan was open to become conduit for linking Eurasian landmass, China, Russia and Central Asia with the Arabian Sea.

During the visit of Secretary General, a presentation was made on the different projects that are under implementation under the China-Pakistan Economic Corridor. In concluding the presentation Aziz said that CPEC was a flagship project under One Belt One Road (OBOR) and will provide natural connectivity link to SCO member States. It is already connected to six routes of SCO through the nodal point of Kashgar.

Aziz also expressed the hope that SCO may also convene a meeting of Planning Ministers of SCO member states to pursue the economic agenda of Shanghai Cooperation Organization.

PKR weakens by 49 paisa against greenback