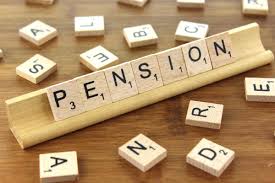 February 21, 2022 (MLN): The move to introduce contributory pensions is the most important fiscal reform which will safeguard the pensions of millions of government employees and help the government to ease the budgetary challenges, Taimur Khan Jhagra, Finance & Health Minister, Khyber Pakhtunkhwa said in a Tweet.

“Pensions expenditure is the biggest single cost challenge facing the government of Khyber Pakhtunkhwa as it has augmented from less than Rs1 billion in 2005 to Rs83bn today, up by 95x”, he added.

Contributory pensions will undertake contributions from employees and govt to make up an individual's pension fund, which is invested, with the individual helping choose the type of investment. At end of service, the employee is able to withdraw a pension, or to continue to invest, he explained.

Underlining the benefits, he said that funding for employee pensions is secured, and there is no danger that employees’ pensions will be at risk. Also, employees can withdraw pensionary benefits even if they retire before 25 years of service.

In a series of Tweets, he highlighted that the contributory pension programme will be part of the terms of service of new employees after the proposed amendments to the civil servant act are passed by the provincial assembly.

It will not apply to existing employees unless they voluntarily want to enter into it.

Almost every other country on earth has shifted away from unfunded, defined benefit pension programmes. Wherever defined benefit programmes exist, they are funded at least partially through a pay-as-you-go system, by deductions from existing employees. 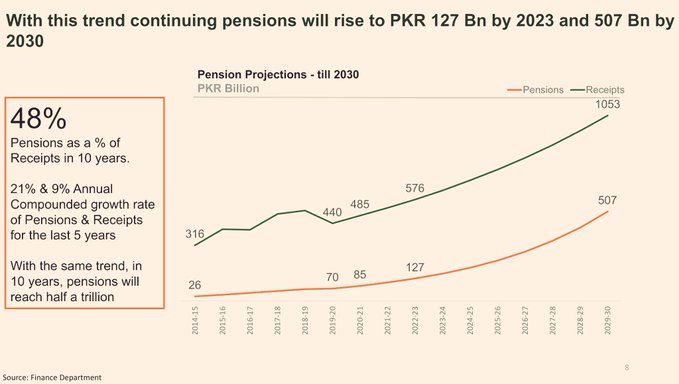 This is why it is the best time for pension reform. Sadly, previous governments, because of incompetence and lack of will, never attempted to deal with a small problem, he noted.

KP has led the way in Pakistan to tackle the issues such as increasing the early retirement age to 55, reducing the unbelievably bloated pension hierarchy, stopping beneficiaries from taking multiple pensions & active employees from taking a pension and repurposing the pension fund.

Pensions could be drawn by up to 13 layers in a family tree, continued even a century after an employee passed away and reactivated after discontinuing.

This was resolved by reducing pensions to widows/widowers, children & parents only.

The resultant savings will allow the government to increase widow and children pensions from 75% to 100% of the pensioner's amount.

1935 individuals were found to be taking two pensions, and 738 active employees have been found also taking a pension for a deceased family member. These practices have been stopped, he noted.

Around 5000 plus individuals retired at the peak of their careers, age 45, drawing a pension from the taxes in lieu of retirement but going on to enjoy a 2nd salary in the private sector, he said.

Increasing the early retirement age alone to 55 has resulted in savings of over Rs12bn per year.

He also informed, “The pension fund, previously lying unutilised has been repurposed to be used to partially offset payment from the interest earned towards the annual pension bill, and DMG & PCS officers agreed to give pay-as-you-go contribution towards pensions from last year.”

The aim of this reform is to safeguard the pensions of employees and protect their futures, not putting them at risk, he noted.