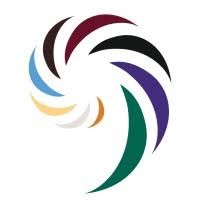 February 22, 2022 (MLN): Cnergyico PK Limited (PSX: CNERGY) has unveiled its financial results for the period of half year ended on December 31, 2021, as per which the company booked net losses of Rs1.6 billion against the net profit of Rs622 million earned in the same period last year.

Though net turnover of the company has expanded by 18.74% YoY to clock in at Rs78bn in 1HFY22 the huge increase in the cost of sales has squeezed the gross margins to 2% from 4% in 1HFY21.

Drilling further, the administrative expenses saw an up of 9.68% YoY to stand at Rs531mn during the review period, while selling and distribution expenses witnessed a meagre increase of 1.5% YoY to Rs285mn.

On the other hand, the operating expenses dropped by 4% YoY to stand at Rs698mn in 1HFY21.

In addition, the company also paid Rs358mn in terms of taxation compared to the tax credit worth Rs99mn received in 1HFY21.